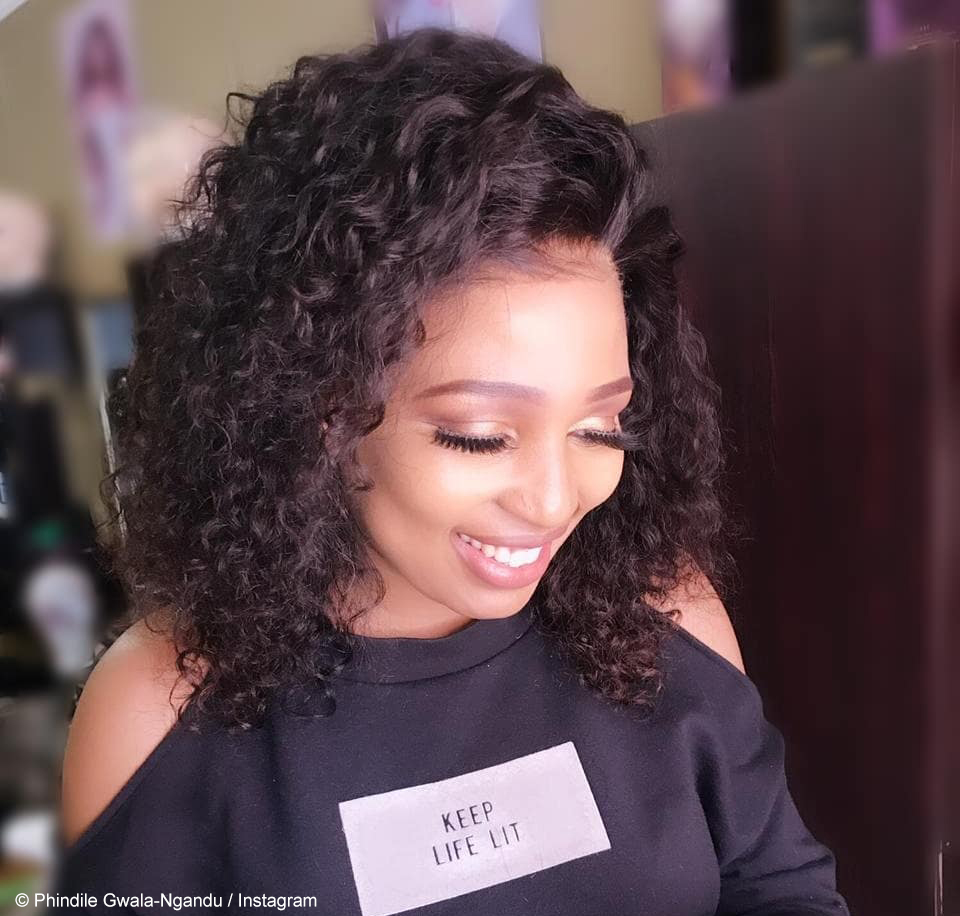 The South African actress took to Instagram on Friday, 6 September 2019, to share an image of herself in a new curly wig.

The curly bob wig seems to be a trend among South African celebrities; whether plain black or with an ombre hue, this style of hair has made its rounds on social media. Actress, Phindile Gwala-Ngandu, has taken a page from the trending style’s book and took to Instagram to share an image of her latest hairdo after wearing another popular hairstyle, the faux dreadlocks, for some time.

In the shared image, the South African actress and skincare influencer can be seen wearing soft make-up, while the curly tresses shape her face. She chose the hairstyle to be shoulder length and black in colour, accentuating her features and making the curls look deep and defined. She can be seen looking down, smiling, while wearing a black sweatshirt that features shoulder cut outs, exposing some skin.

The South African actress mentioned that the Pat Perfect Beauty Palace in Centurion was responsible for the hairstyle. The actress has not shared an image of herself in a wig since July 2019 and some social media users expressed that she looks attractive in it. Several South African actresses, including Buhle Samuels and Brenda Mhlongo, were the first to comment on the post, telling her that she looks beautiful while some social media users inquired about the type of hair she used.

She's everything, even when she's treated like nothing. ✊🏿 . Hair: @pat_perfect_beauty_palace