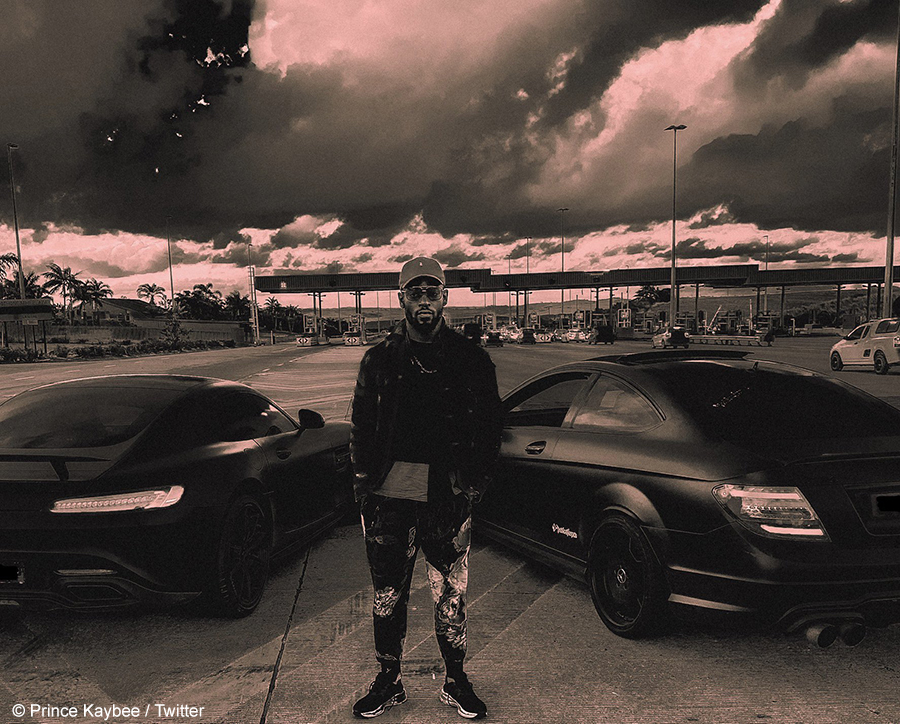 Prince Kaybee has continued to showcase his Mercedes Benz AMG GT on social media, which he nicknamed after his recently confirmed girlfriend, Zola Ayabulela Mhlongo.

Prince Kaybee took to Twitter to showcase the interior of his Mercede Benz AMG GT through a video on Tuesday, 11 August 2020. The Gugulethu hitmaker revealed the name of the recently purchased vehicle in a post on Saturday, 8 August 2020. In the image, Prince Kaybee posed in front of the Mercedes Benz AMG GT and his other car, a Mercedes Benz coupe C-Class. The caption to the post revealed the names he has given to the cars, Ayabulela, named after his girlfriend, and SheshaGeza.

After showcasing the exterior of the car for the better part of the weekend, he then shared a video of the interior. The video revealed how the matte black sports car has sheen orange accents around the door and in various parts of the interior.