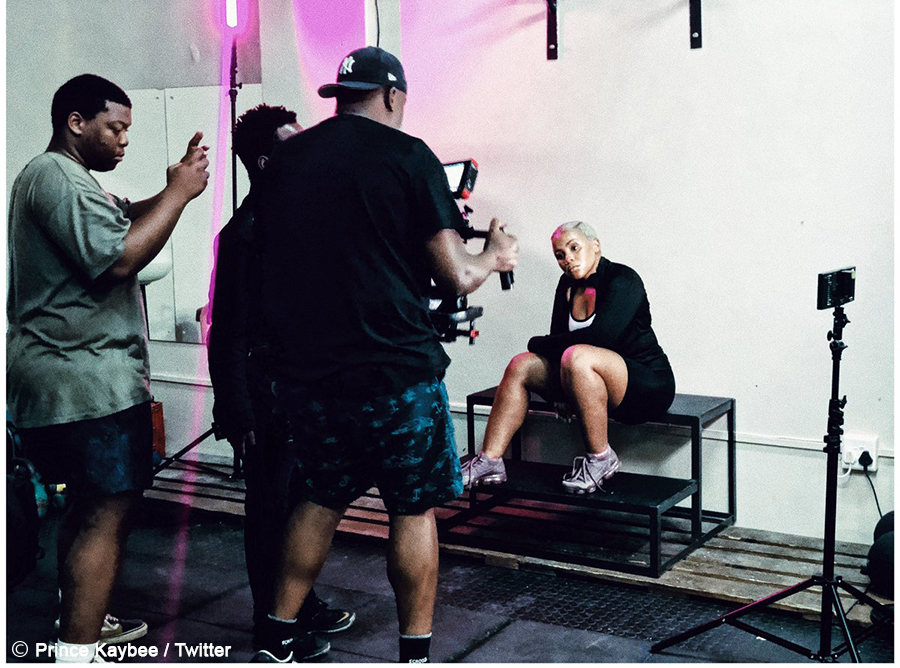 Prince Kaybee shared a teaser of the Fetch Your Life music video, featuring Msaki, and fans now want the video to be released on Friday, 12 April 2019.

On Sunday, 7 April 2019, Prince Kaybee shared the teaser of the yet to be released music video for his hit single Fetch Your Life. The teaser video is a little over thirty seconds long and features Msaki singing the first verse of the song into the chorus directly into the camera, with a pink background behind her. Her sequence is intercut with a variety of women in different spaces and occupations. The shared snippet suggests that the music video will have a women empowerment driven message.

He captioned the teaser video with a two-part message, the first giving kudos to the message the video aims to convey and what he believes the impact of the music video will be on those who watch it.

The second part was Prince Kaybee contemplating when to release the music video, which he was not sure about.  Following the post and his indecision, fans of the DJ have shared the teaser over one thousand times on Twitter and it sits with over thirty thousand views on Instagram, with fans mostly suggesting that he should release the music video on Friday, 12 April 2019, or sooner with a surprise release.