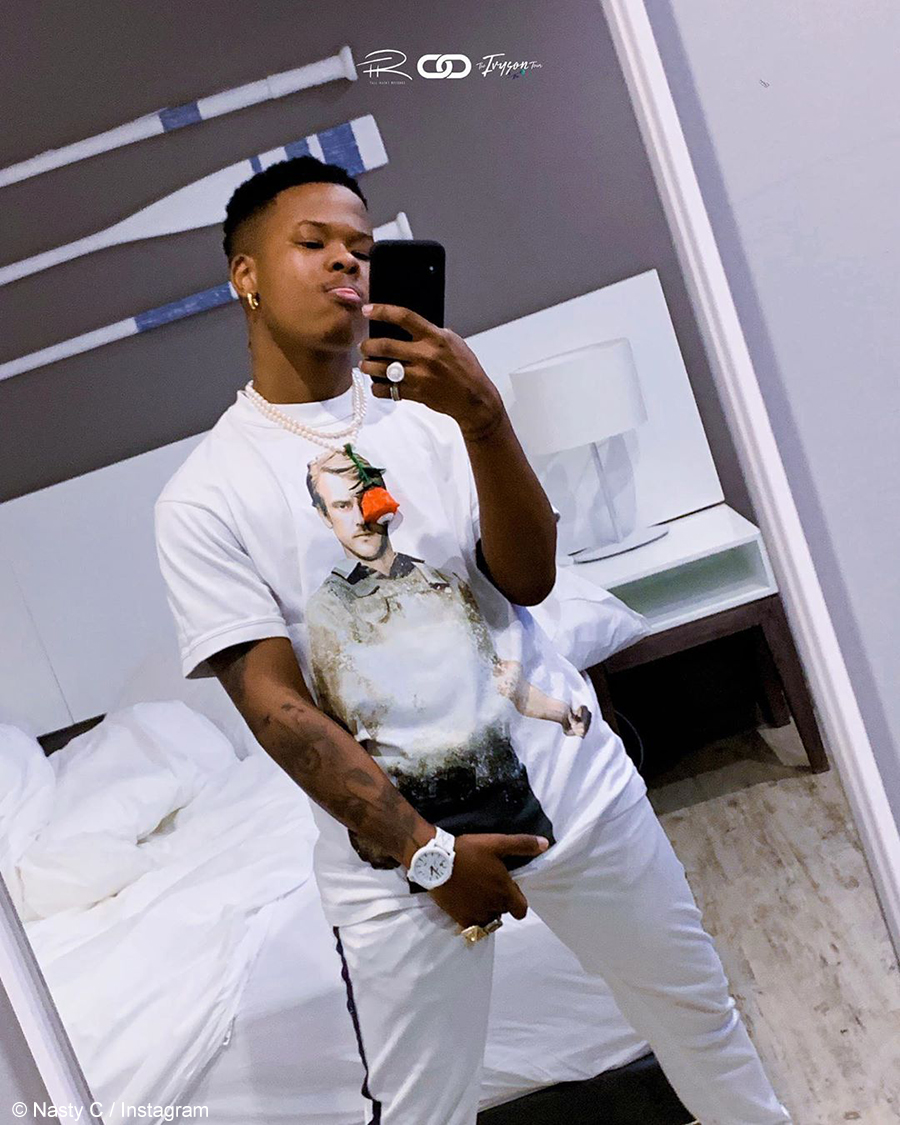 Nasty C is on promotion mode, after he took to social media to have his followers compete to hear the first four songs from his much-anticipated album, Zulu Man With Some Power.

On Monday, 26 August 2019, popular South African rapper, Nasty C, took to his social media pages to have his followers compete to hear the first four singles from his upcoming album with the working title of Zulu Man With Some Power. The SMA hitmaker posted a video challenging fans from the seven already confirmed tour cities to fight it out to have him perform the four snippets in their city.

In the video that he posted with the caption that reads, “#IvysonTour2019 = Zulu Man With Some snippets,” Nasty C starts the video by saying, “Hey man, I was sitting here thinking… how many new song am I [going to] perform at the Ivyson tour?’

He goes on to detail that he has decided on performing four songs, because four is his favourite number. After he initially started detailing how he plans to perform different songs in different cities, he then decided to create a competition between the seven cities his tour will travel to, to get to hear the four snippets. The Strings And Bling creator said that in order to avoid having his songs stolen by another artist, he has decided to perform each song only once.

He explains further in the video, “I’m only going to be doing these songs at the [most energetic] show. So I need to know right now, which city do you think is [going to] go the hardest? So, when I [perform them,] no one can blame me…”

The seven cities in competition include Cape Town, Durban, Johannesburg, Bloemfontein, the Vaal, Pretoria and Harare in Zimbabwe. On Instagram, Durban and Cape Town lead the votes with close to 2 000 votes, with Bloemfontein being the most tweeted city in the comments section.

Watch the video below. Please be advised the video contains strong language.