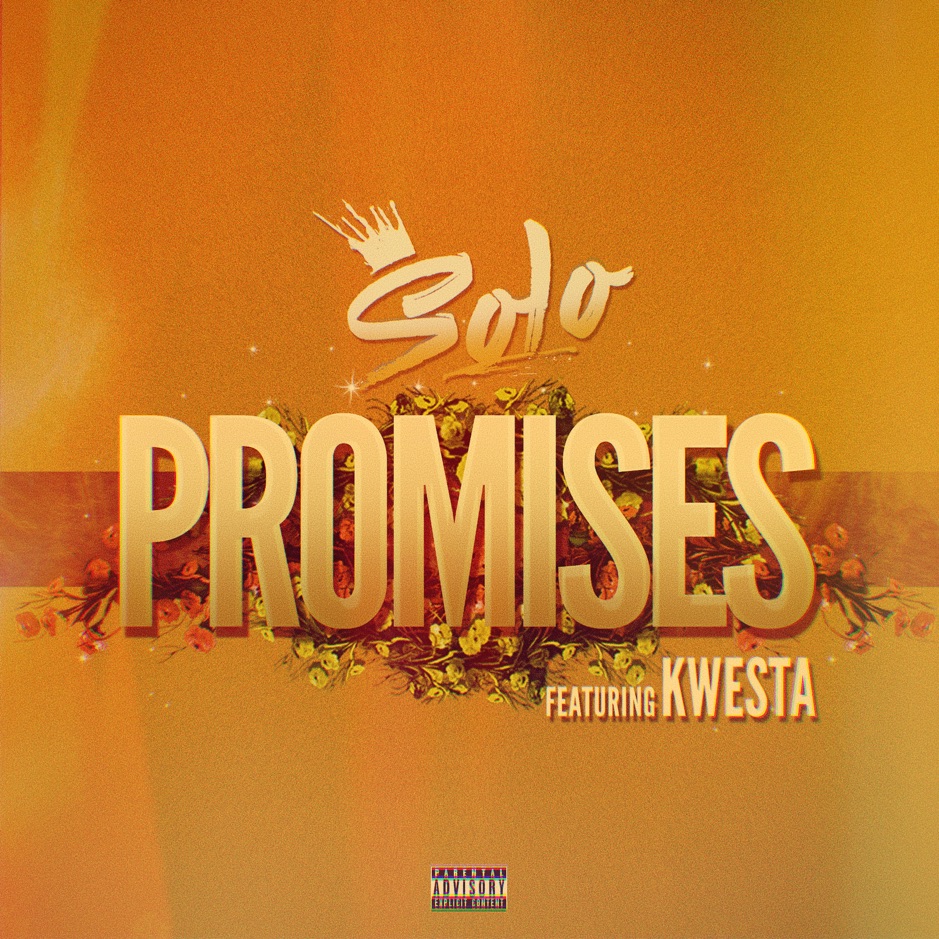 Ahead of the release of his full-length project, C Plenty Dreams, Solo has released his latest single, Promises, featuring popular and celebrated rapper, Kwesta. The single follows the artist’s 2019 singles, Two By Two, featuring Buks, who also worked on the production of this release. Solo’s first single of the year was Easy, on which he featured rapper, BigStar Johnson.

The up-tempo single pays homage to vintage Kwaito singles of the early 2000s, while providing a contemporary hip-hop sound. The artist first shared the news of the release on Wednesday, 21 August 2019, when he posted the single’s official cover art across his social media pages.

After the artist released a snippet of the song on Thursday, 22 August 2019, on his social media pages, his fans commented on his post, demanding the immediate release of the song. One follower commented on the post by writing, “Why is Friday so far?” While another fan said, “Can’t wait. Do your thing on Friday.”

The single’s artwork borrows from the previous running motif of the use of an orange filter. The artwork features a wreath of flowers that has the single’s title super imposed on it. Solo’s name is, again, written with a crown above it, like the previous releases of the year.

Listen to Promises below.