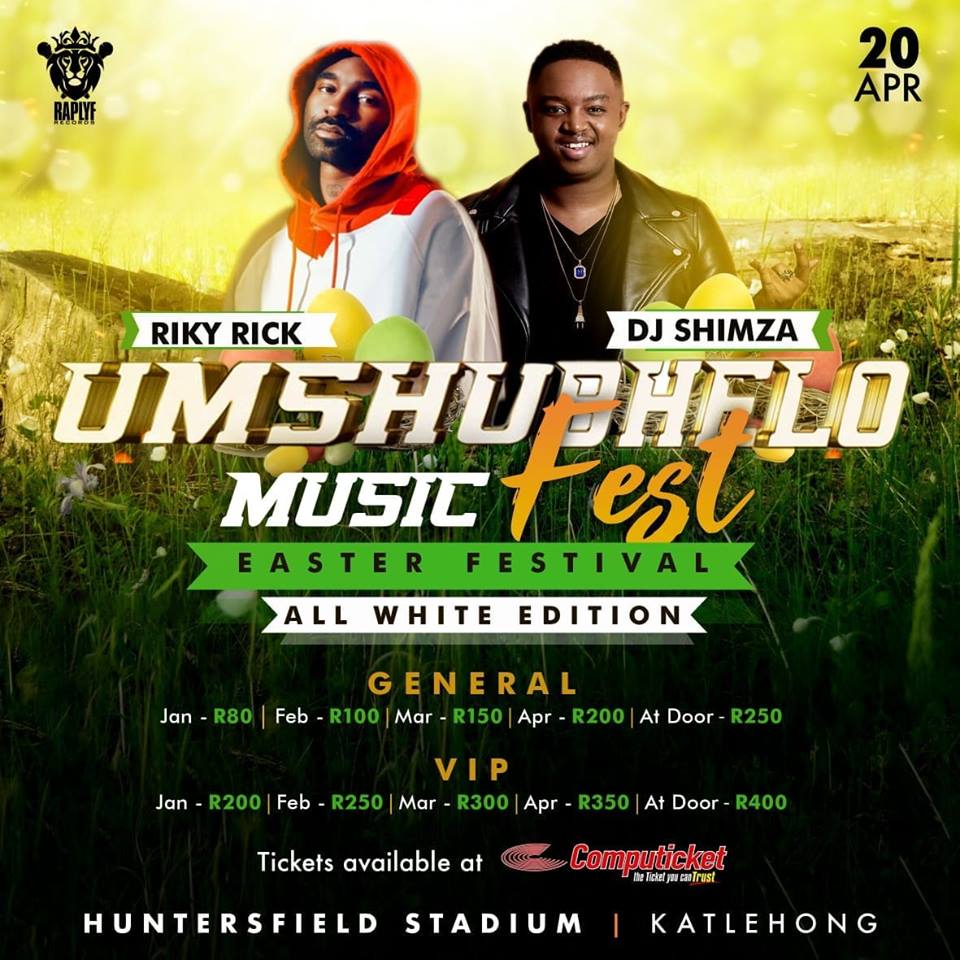 Kwesta revealed on Friday, 25 January 2019, that musicians Riky Rick and DJ Shimza would be added to the ever-growing Umshubhelo Fest line-up.

The festival will take place on Saturday, 20 April 2019, at the Huntersfield Stadium in Katlehong. The event is in celebration of the Easter holiday. Kwesta promised fans that the event would rival any Easter celebrations they had ever attended. The star has been announcing additions to the line-up on a daily basis.

His latest additions, Riky Rick and DJ Shimza, are successful and well-known in the industry. Boss Zonke rapper, Riky Rick, has been organising his inaugural Cotton Fest, which is set to take place in February 2019. The event celebrates the best in South African hip-hop culture, music and fashion.

While Riky Rick gives South Africa its first ever Cotton Fest, fellow musician DJ Shimza will be fulfilling his lifelong dream of taking his One-Man Show charity drive to an international audience. Shimza’s One-Man Show is in its eleventh year and 2019’s edition will be held at the Parisian nightclub, Djoon. The celebration is hosted in order to raise funds for underprivileged children.

Riky Rick and DJ Shimza will be joined at the Umshubhelo Fest by Sho Madjozi, Simmy, Dladla Mshunqisi, DJ Tira, Prince Kaybee, Mobi Dixon, Major League DJz and Busiswa. Tickets for the event will be sold in phases. Tickets are available for purchase at Computicket retailing between R80 and R200.