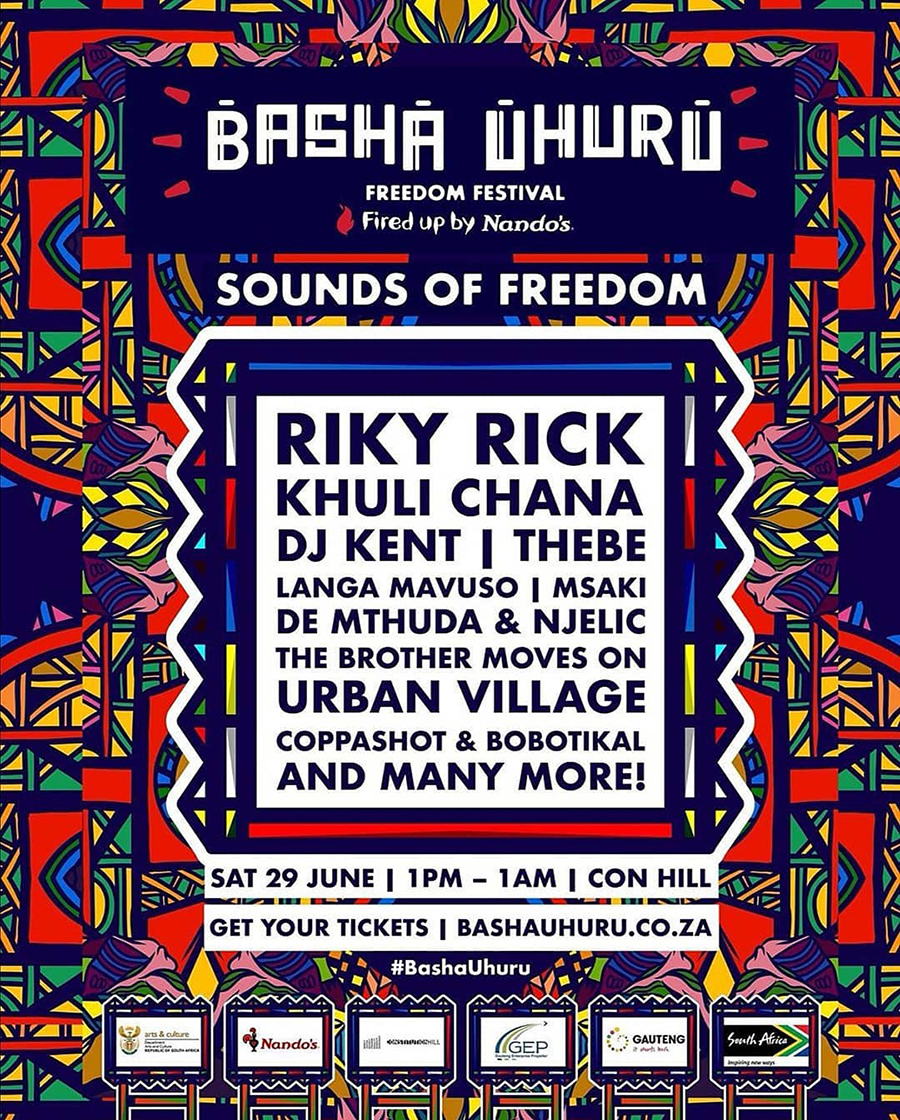 Following the success of previous festivals, Basha Uhuru has announced a one-night festival at Constitutional Hill that features hip-hop artists, Riky Rick and Khuli Chana, as the headlining acts.

On Saturday, 29 June 2019, Basha Uhuru will host a one-night festival called the Freedom Festival at Constitutional Hill in Johannesburg. The line-up for the festival brings together a variety of music genres like R&B, afro-soul, kwaito, house and gqom music. The line-up consists of more than 11 mentioned artists with two hip-hop artists, Riky Rick and Khuli Chana, as the main headliners.

Riky Rick will also be performing at two other events on the Saturday. The other scheduled events include his performance at Shimza’s One Man Show in Soweto and the EMB Party 5 that is taking place in Pretoria.

Khuli Chana shared his individualised festival poster on his social media pages to make the announcement. He did not share when he will be taking the stage to perform his set during the festival. In his caption, the Moswako Originator simply stated, “28 June, Constitutional Hill.”

The two will be joined by other popular artists like DJ Kent, Thebe, Langa Mavuso, De Mthuda & Njelic, The Brother Moves On and Urban Village.

The festival is a 12-hour-long festival with doors opening at 13:00. Tickets are available for purchase on Webtickets.