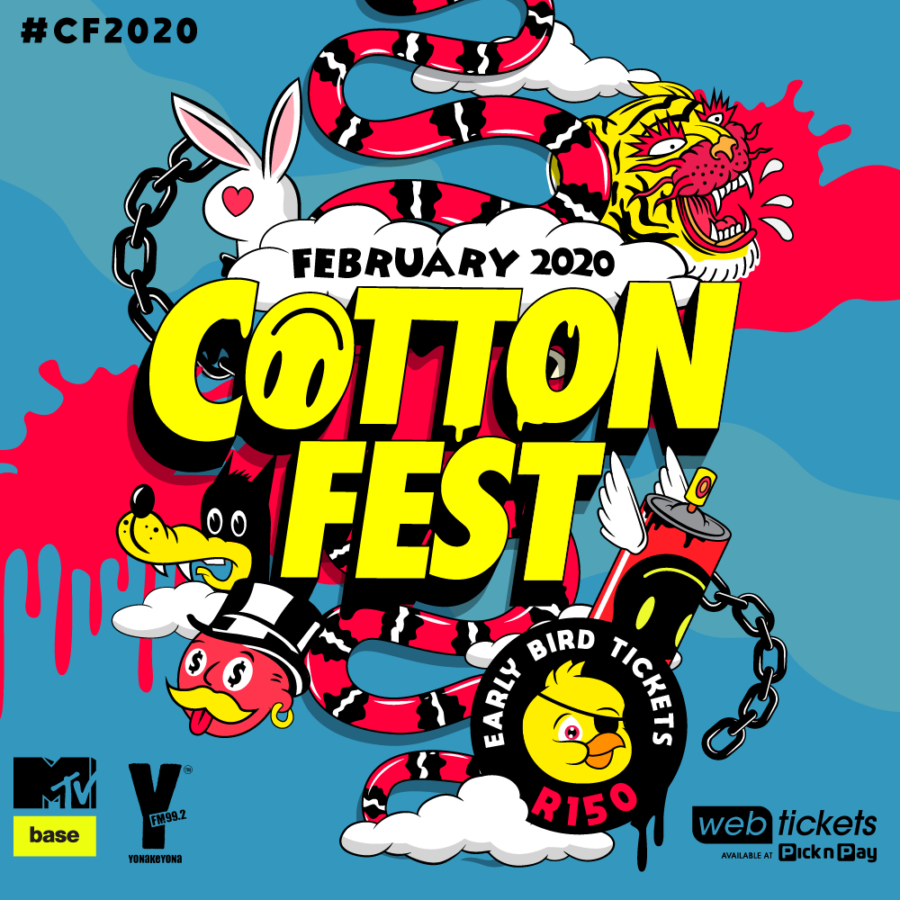 Following the success of the inaugural Cotton Fest in 2019, Riky Rick has debuted the official Cotton Fest 2020 logo, with the launch of early bird tickets on social media.

The Cotton Fest’s return for its second edition on Saturday, 1 February 2020 was announced earlier in the year. The festival is set to take place at The Station in Newtown, Johannesburg. On Monday, 9 September 2019, rapper, Riky Rick, teased the comeback of his successfully launched Cotton Fest with the reveal of the official artwork for the 2020 edition of the Cotton Fest on his social media pages.

The rapper shared a gif with the name of the festival and captioned it #CottonFest2020. The festival’s ethos remains the same, which is to “merge both known and unknown South African talents, [showcasing] the diversities in hip-hop while fusing the gaps within the different local movements.”

Supporters of the rapper and the festival commented on the post, revealing their excitement at the return of the festival. One follower wrote, “[I] can’t wait.” Another follower said, “I’ll be the first [one] to buy a ticket.”

On Tuesday, 10 September 2019, the festival released the official artwork and logo for the festival. Riky Rick said that leading with the release of the logo was because, “apart from the huge support we got from young people last year, the love we received for our simple logo was just insane. We were never ready for it to be honest. So we decided to flip it up again for the festival next year, we kept the aesthetic clean and fresh… We tried to keep in tune with the drip, keeping in the fun and light heartedness.”

Partnering with MTV and YFM, with Desparados as the affiliate brand partner, Cotton Fest 2020 will host over 100 acts performing on three different stages. Tickets are already available, retailing from R150.00 for early bird and R300.00 for a standard ticket.

Tickets are available for purchase on WebTickets and Pick n Pay outlets, nationwide.