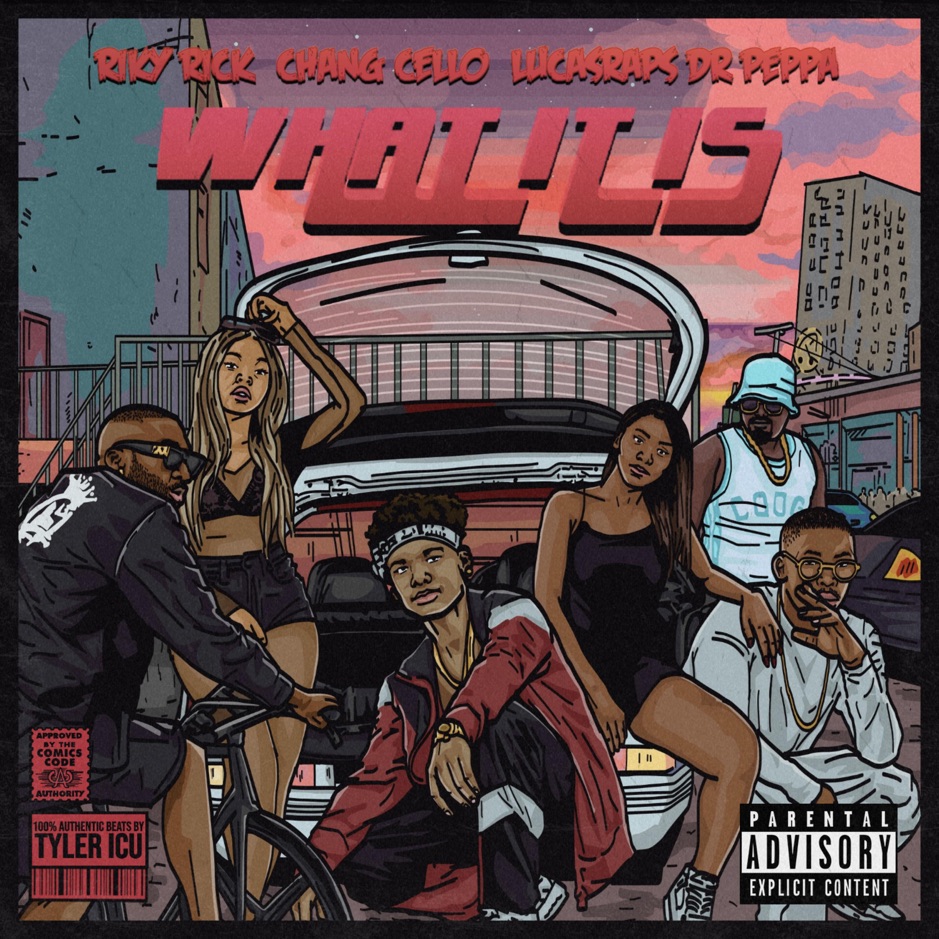 Hip-hop producer and deejay, Dr. Peppa, features Riky Rick, Lucasraps and Chang Cello as his follow up single, What It Is, to 2018’s Da Lawds.

On Tuesday, 29 October 2019, acclaimed producer and deejay, Dr. Peppa, released his first lead single of 2019, What It Is, featuring Riky Rick, Lucasraps and Chang Cello. The single is his follow up to the 2018 single, Da Lawds, which featured hip-hop artists, Cassper Nyovest, Beast and Howard.

What It Is marks one of the singles that has attempted to incorporate the popular sound of house sub-genre, amapiano, into a hip-hop single rather than the other way around. The single starts with an amapiano progression before it transposes into the hip-hop-led hook.

The artist rap bar for bar, while Lucasraps also sing-raps the chorus and hook. Riky Rick sticks to his signature style of rapping for his verse, which comes second on the single.

Tuesday, 29 october 2019, saw the DJ and his featured artists visit the SABC studios, where they were the guests on Metro FM’s The Kings Suite, with DJ Naves and Sphectacula and co-host Relebogile Mabotja, to premiere the single.

Following the release of the single, Dr. Peppa coined a dance move to complement the flow of the single called the “Qwaa qwii dance.” The DJ posted a video of a dancer demonstrating the dance, which mimics a fusion of skating and ten-pin bowling.

Listen to What It Is below.