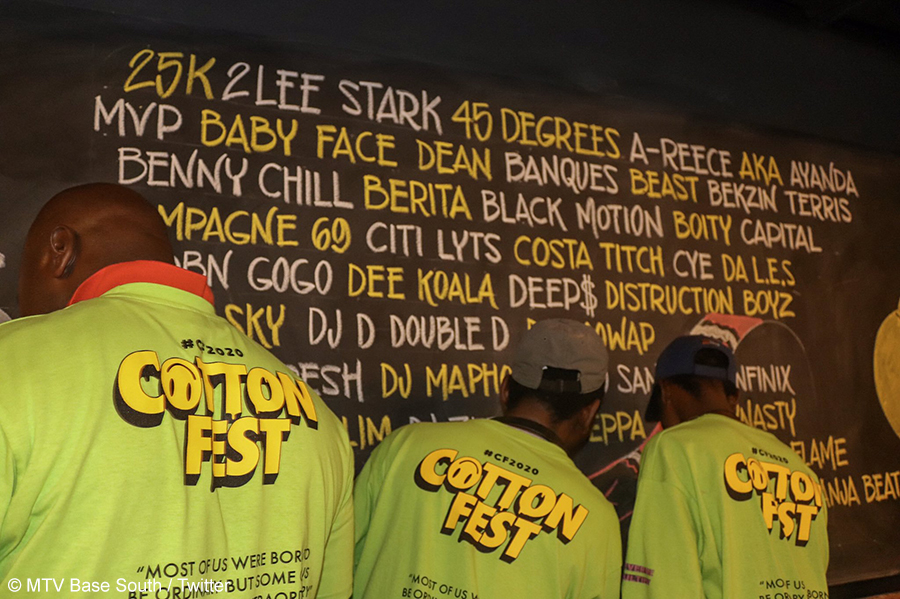 Rapper and event founder, Riky Rick, revealed the preliminary line-up for his Cotton Fest 2020 during the media launch event he held at a ten-pin bowling alley in Johannesburg.

On Wednesday, 27 November 2019, Riky Rick hosted the Cotton Fest media launch in Johannesburg. During the media launch, he revealed the preliminary line-up of the Cotton Fest, taking place on Saturday, 1 February 2020. The list consists of a line-up of over 50 music and popular media personalities that will be a part of the festival, including AKA, YoungstaCPT, Nadia Nakai, Sho Madjozi, Kwesta and Kabza De Small.

See the announcement posts below.

Cotton Fest, the BIGGEST festival in AFRICA!!! Yhu what a line up 🔥🔥🔥 #CF2020 #CottonFest2020 pic.twitter.com/lktjPxtx4T