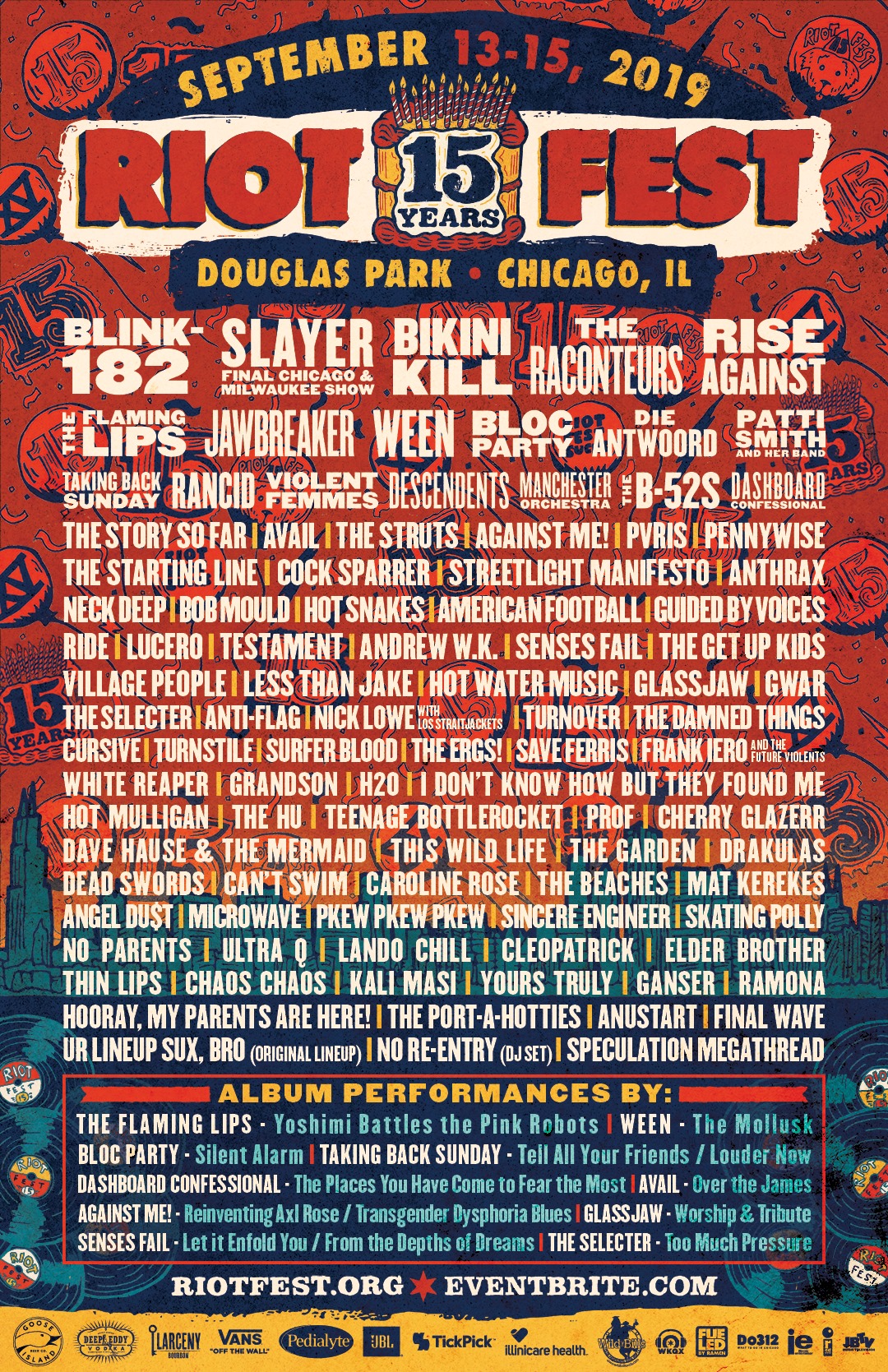 The Riot Fest 2019 has announced the official line-up for the rock festival taking place in September 2019, which includes Blink-182, Die Antwoord and The Raconteurs.

The annual three-day festival takes place from Friday, 13 September 2019 until Sunday, 15 September 2019, with a long list of rock bands taking the stage throughout the weekend. The official line-up was shared on the Riot Fest’s website on Wednesday, 29 May 2019, and was presented with a promotional poster of the event. This year serves as the fifteenth anniversary of the festival, which has caused for an extended line-up of popular bands and musicians.

The line-up includes Blink-182, Die Antwoord, The Raconteurs, Slayer, Bikini Kill, Rise Against, The Flaming Lips, Bloc Party, Dashboard Confessional, The Starting Line, The Story So Far, The Damned Things, The Get Up Kids, Hot Water Music, I Don’t Know How But They Found Me, Dave Hause And The Mermaid, Masked Intruder, The Hu, The B-52s and a long list of others.

Selected bands and musicians will be performing their respective albums in their entirety. These include Blink-182 with Enema Of The State, The Flaming Lips with Yoshimi Battles And The Pink Robots, Ween with The Mollusk, Bloc Party with Silent Alarm, Taking Back Sunday with Tell All Your Friends, Dashboard Confessional with The Places You Have Come To Fear The Most, Avail with Over The James, Against Me! with Reinventing Axl Rose, Glassjaw with Worship and Tribute, Senses Fail with Let It Enfold You and The Selector with Too Much Pressure.

Tickets for the Riot Fest 2019 are available for purchase on the official festival website.