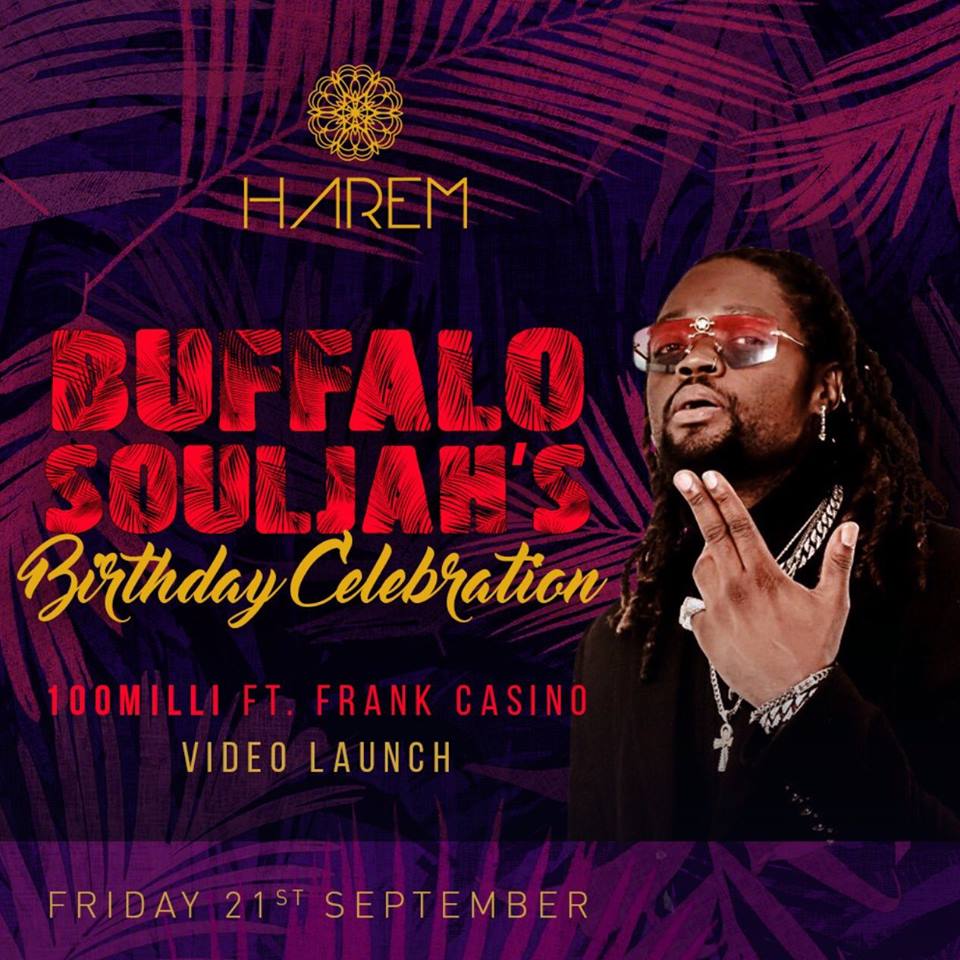 Harem nightclub in Rosebank, Johannesburg will be hosting dancehall and reggae musician Buffalo Souljah on Friday, 21 September 2018. The Zimbabwean artist is well known-for his collaborations with artists such as Cassper Nyovest, D’banj and Da LES. He further established himself in the industry when he won two Channel O Spirit of Africa awards in the categories of Best Newcomer and Best Dancehall/Reggae in 2013.

The nightclub will be hosting the musician for a dual purpose, to celebrate his thirty-eighth birthday and to launch the video for his single ‘100 Milli,’ which features Frank Casino.

Popular Nigerian producer Kiddominant, who is featured on AKA’s ‘Fela in Versace,’ is also expected to make an appearance on Friday night. In an interview on CliffCentral’s Urban Culture Drive on Wednesday, 08 August 2018, Kiddominant revealed that he has purchased property in Cape Town because of his love for South Africa and its culture.

Harem will continue the weekend’s festivities on Saturday, 22 September 2018, which will be dedicated to Mobi Dixon’s official album launch. The ‘Bhutiza’ hitmaker will be launching his fifth studio album titled 10 Steps Forward. The likes of Kwesta, Mo Flava, The Naked DJ and Samthing Soweto are all expected to make an appearance.

Mobi Dixon is celebrating a decade in the industry and his new album features both established and up-and-coming artists. DJ Tira, Shekhinah and J Something are just some of the collaborators on the album.