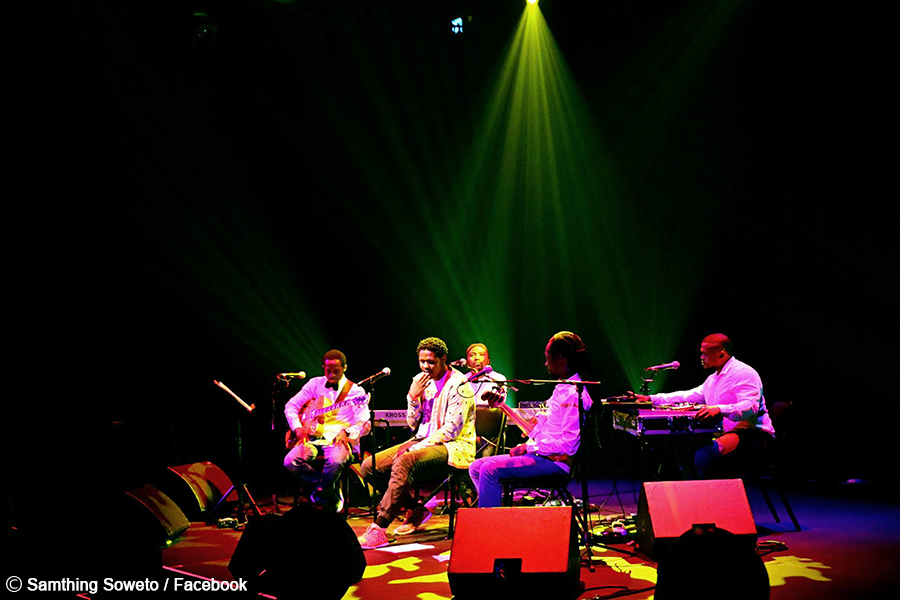 Samthing Soweto is gearing up for his one-man concert at The Mercury in Cape Town on Thursday, 7 March 2019, following the success of his Johannesburg shows.

Following his sold-out two-night concert at the Joburg Theatre in Johannesburg on Friday, 22 February 2019 and Saturday, 23 February 2019, soulful afro-jazz singer Samthing Soweto is heading to Cape Town to perform his one-man concert at The Mercury. The venue has the capacity to accommodate six hundred people.

Samthing Soweto will be performing music from his 2017 album Val’amehlo. The album is an eight-track body of work with two bonus tracks. It features soulful hits like Ndizakuwa.  His first solo album was released in August 2010 called This N That Without Tempo. The ten-track album was a purely acapella body of work that is reminiscent of his past musical background.

Included in his repertoire are songs like 2017’s hit song with producer and DJ Sun-El Musician, Akanamali and his most recent feature on Mobi Dixon’s 2018 summer song Abantu.

On stage he is known to play around with his own songs and those that he covers. He is loved for his adlibs, harmonies and honest moments when he shares the inspiration of his songs.

Tickets are available for purchase on Quicknet, retailing at R80.