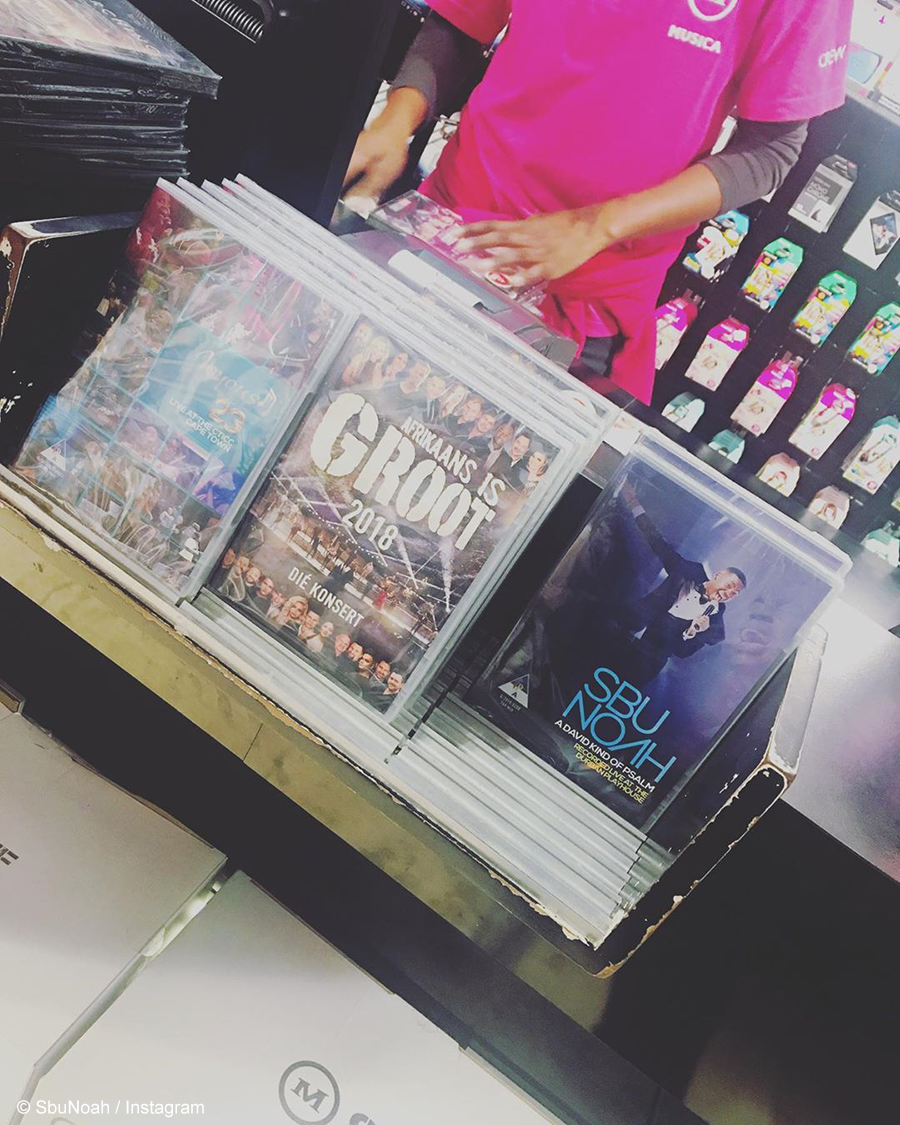 SbuNoah took to his social media pages to announce the limited availability of his debut Live CD and DVD, A David Kind Of Psalm, at Musica stores in Namibia.

South African gospel artist, SbuNoah, has proven that he listens to the demands made by his fans everywhere. On Tuesday, 16 July 2019, the gospel vocalist took to his social media pages to share that his debut Live DVD and CD, A David Kind Of Psalm, which he released on Friday, 1 March 2019, is now available for sale at Musica stores in Namibia.

The singer posted an image of his DVD and CD sets that were in a Musica store in Namibia. In the picture, the rack which accommodates at least six DVDs was already left with the last two DVDs when the image was taken by one of the Joyous Celebration alumni artist’s team.

In his caption to the post, SbuNoah urged his fans to quickly buy themselves a copy before they were sell out. His caption read, “Musica Namibia! Your CDs and DVDs have been delivered! Rush [because there] is limited [stock].”

The artist is currently touring with Joyous Celebration for the promotional run of Joyous Celebration 23 (Live At The CTICC Cape Town), which was released on Friday, 5 April 2019. On this album, SbuNoah has a solo lead song called Njalo Umile which he sings during each stop of the tour. However, the artist has other popular lead songs from previous Joyous Celebration albums like the song Wenzile, whose video has close to four million views on YouTube.