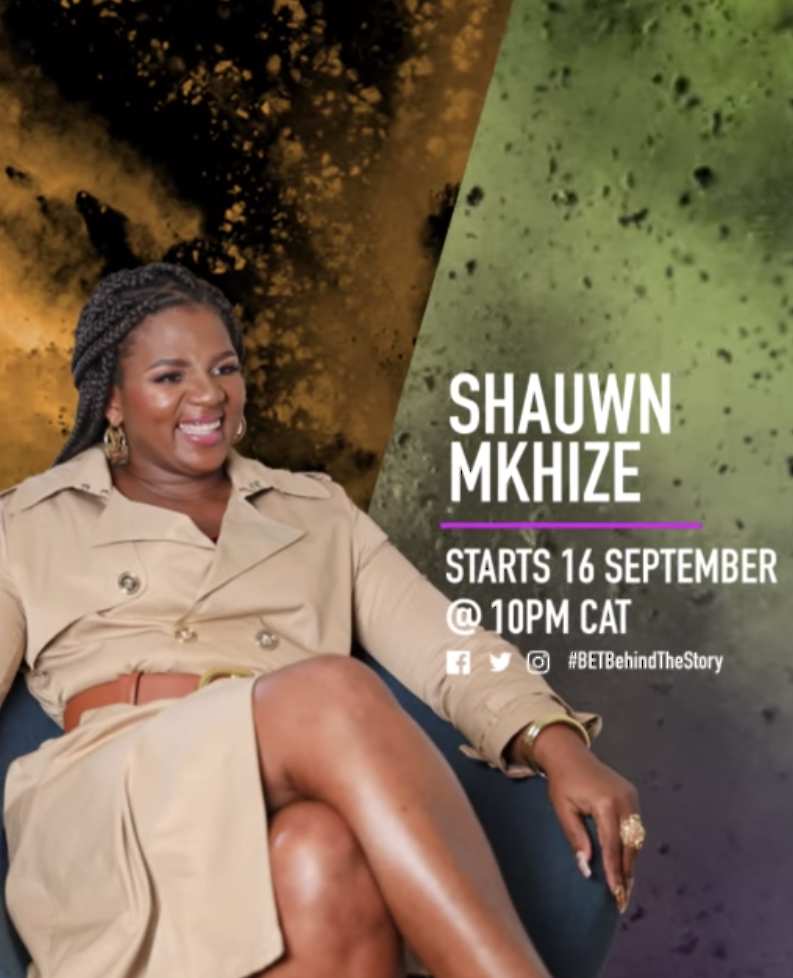 Shauwn Mkhize has been announced as this week’s guest on BET Africa’s Behind The Story, marking the show’s first episode in its new Saturday night timeslot.

Shauwn Mkhize will join host, Pearl Thusi, on this week’s episode of Behind The Story, which will air on BET Africa at 18:30 on Saturday, 17 October 2020. The upcoming episode will serve as the show’s first episode in its new timeslot, as it was previously broadcast on Wednesdays at 22:30.

Shauwn Mkhize, of Kwa Mam’Mkhize fame, will be discussing all aspects of her life, including her businesses and her love life.

The preview of the upcoming episode shows the businesswoman discussing her love for money, which has been consistent since her younger years. Known for her lavish lifestyle and risqué images shared on social media, Shauwn will open up about her newfound confidence now that she is single. The clip also sees her talking about the downside of fame, such as the vicious rumours about how her father passed away.

#BehindthestoryBET has a new timeslot.⏰ This Saturday, the 17th of October, catch @pearlthusi as she sits down with businesswomen @kwa_mammkhize at 18:30 CAT. 🎬 #BETAfricaOriginal