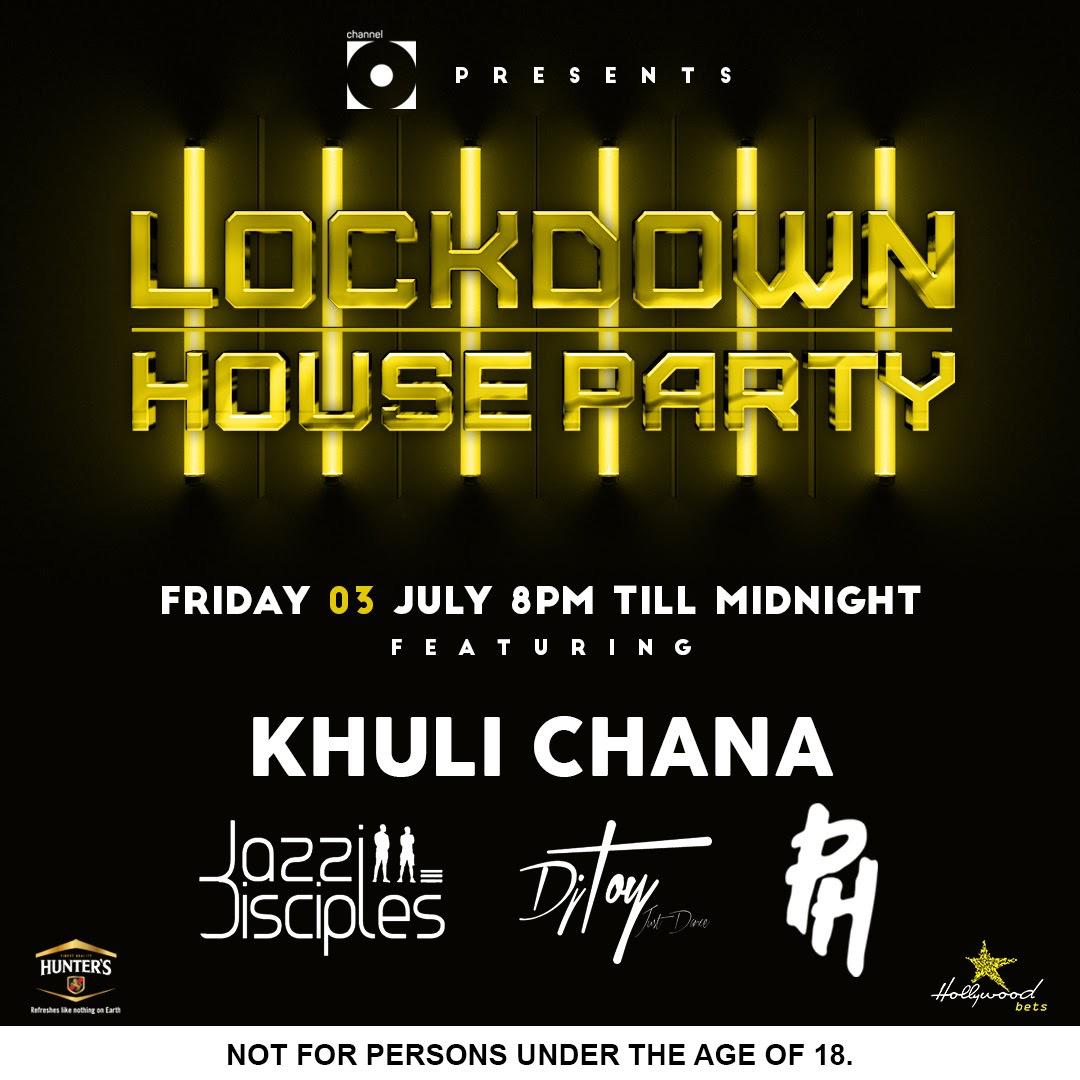 Shimza and DJ pH, co-creators of Lockdown House Party, have shared the line-up for the upcoming episodes of the popular music show, which includes Khuli Chana and JazziDisciples.

Shimza and DJ pH shared this week’s Lockdown House Party line-up on Thursday, 2 July 2020. As has become the norm with the second season of the hit show, there is one scheduled live performer, Khuli Chana and friends, who are set to take centre stage on Friday, 3 July 2020.

Khuli Chana and friends are part of a roster which includes DJs such as hit amapiano duo, JazziDisciples, and DJ pH. The Saturday edition of the show will feature only DJs, t including Shimza, DJ Hudson, DJ Big Sky, Twins on Decks, Welo and DJ Nel.

The show is televised on Channel O, DStv channel 320, between 18:00 and midnight on both nights.