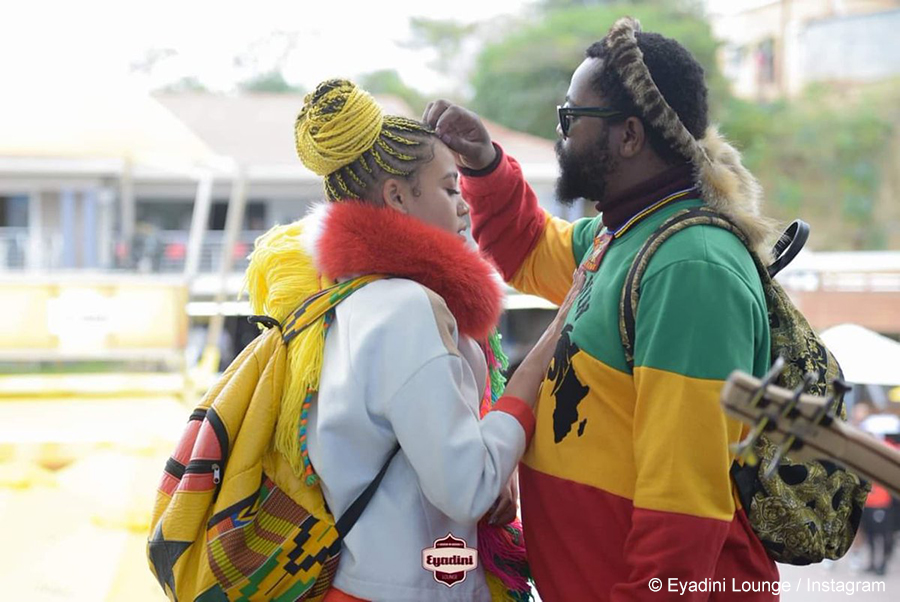 In an attempt to dispel rumours of her romantic relationship with Sjava, Sho Madjozi took to Twitter to share an image of them together which, to an extent, further fuelled the rumours.

South African Tsonga rapper, Sho Madjozi, shared a picture on Twitter today, 11 July 2019, to address rumours regarding her rumoured romantic relationship with fellow musician Sjava. Sho Madjozi shared the picture that sparked the rumours that the two were a couple.

The picture of the two can be easily misinterpreted. Sho Madjozi admitted in her caption that the picture could be mistaken for a love story, given its nature; however, other than her and Sjava looking out for each other by removing unwanted particles on their hair and sweater, it is not what it seems.

In spite of Sho Madjozi’s assertion on Instagram, her followers were still left unconvinced that the two are not dating and if anything, the post further fuelled rumours of their rumoured relationship.

In this article:Sho Madjozi, Sho Madjozi and Sjava, Sjava