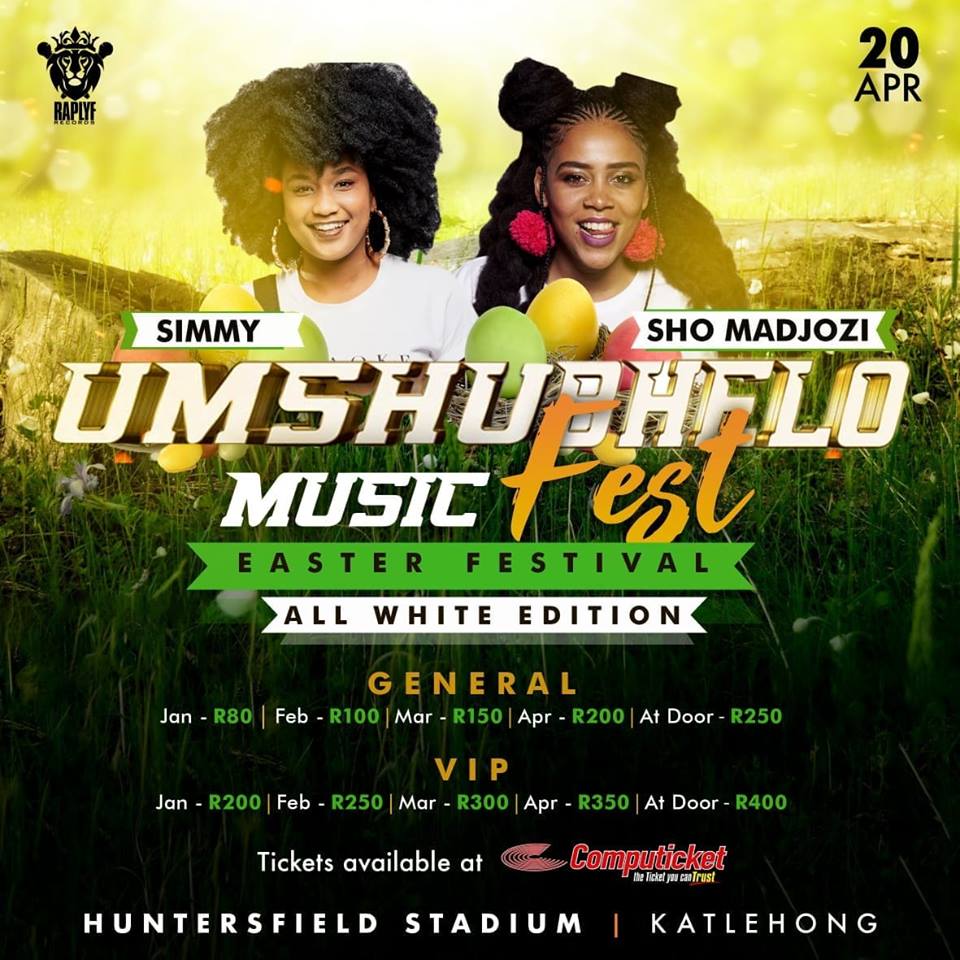 The two rising stars are the latest additions to the Easter edition of the Umshubhelo Festival line-up, joining Prince Kaybee, Busiswa, DJ Tira and Dladla Mshunqisi.

Kwesta announced on Wednesday, 23 January 2019, that rapper Sho Madjozi and singer, Simmy, will be performing at the Umshubelo Fest in at the Huntersfield Stadium in Katlehong.

The event will take place on Saturday, 20 April 2019, and celebrates the Easter holiday. Kwesta is organising the event through his Raplyf Records company. Sho Madjozi and Simmy are the third pair of musicians to be announced as performers for the event. Kwesta has been giving daily updates pertaining to the event. So far, Kwesta has announced Prince Kaybee, Busiswa, DJ Tira and Dladla Mshunqisi as performers at the event.

Both artists are breakout stars who rose to stardom in 2018. Sho Madjozi, whose real name is Maya Wegerif, first burst onto the music scene with her hit single Dumi Hi Phone with PS DJz that was released in April 2017. The song became a popular party track and made fans curious about the meaning behind the song’s Tsonga lyrics.

The star is well-known for her unique sense of fashion and for rapping in the Tsonga, Swahili and English languages. Sho Madjozi is often praised for infusing her heritage into her music and released her debut album, Limpopo Champions League, on Friday, 14 December 2018.

Fellow musician, Simmy, also expresses her pride for her background through her music. The title of her debut album, Tugela Fairy, pays homage to her hometown of Tugela Ferry in KwaZulu-Natal. The twelve-track LP is supported by the single Umahlalela and features hits like Ubala, featuring Sun-El Musician.

Phase 1 tickets are available for purchase at Computicket, retailing between R80 and R200.