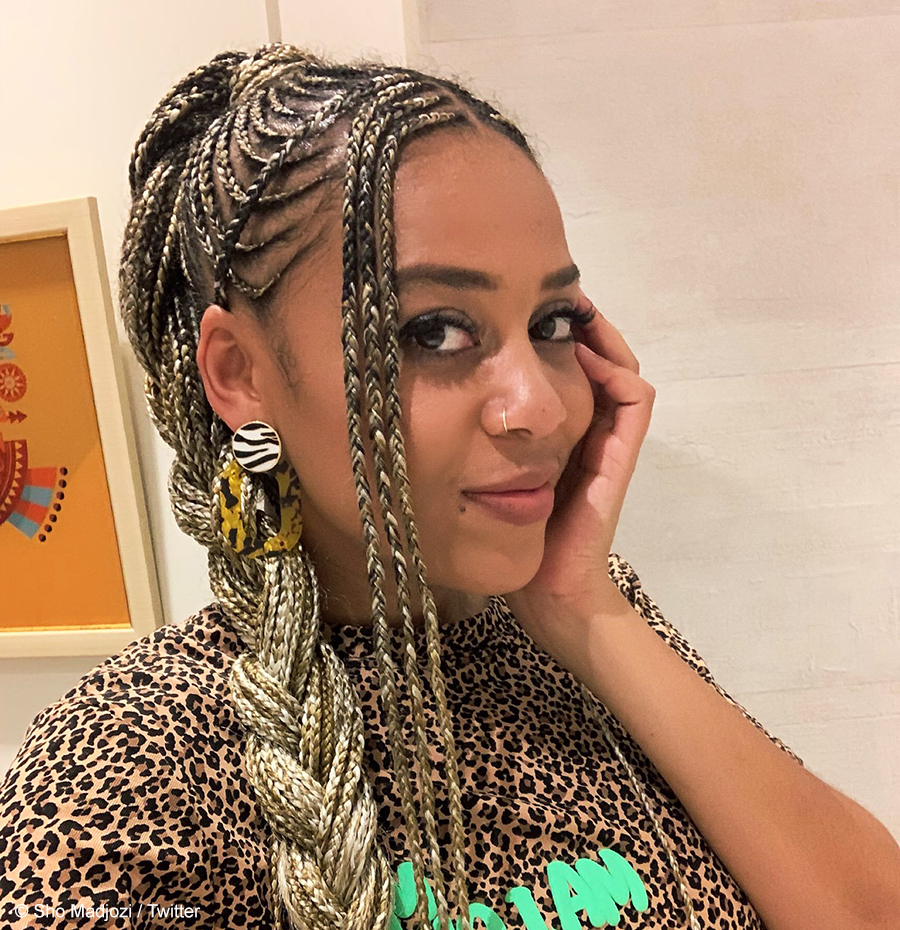 The South African rapper took to Twitter to share the news of her new campaign, which is targeted at eradicating the embarrassment and stigma around female sanitary pads.

According to Sho Madjozi, who took to Twitter to make the announcement, the ad has been under wraps for a while. She posted the promotional video on her Twitter page saying that she was excited, “I’m so happy I can finally share this with you guys”.

The John Cena rapper is still elated following her COLORS Studio performance and it seems the excitement continues. Sho Madjozi shared the promotional video on Sunday, 18 August 2019, and Twitter users promptly flooded Sho Madjozi’s post with comments, complimenting the hip-hop star for using her platform to discuss the issue of female sanitary pads.

In the video, she is seen wearing her signature colourful clothing in a colourful supermarket aisle, talking about the different issues that women face with regards to talking about female sanitary pads. In the video, the rapper explains that her partnership with the sanitary brand, Stay Free, was aimed at answering any questions one might have, regarding sanitary pads and female health. She also expressed how she wants to eradicate the embarrassment that women face regarding the matter.

Her caption reads, in part, “I want to stop the embarrassment around periods and give information”. The promotional video has since received positive feedback from Twitter and sparked a dialogue in which the rapper discussed the campaign and its driving force.

I’m so happy I can finally share this with you guys 💪🏽🥰🎉:

I wanted to stop the embarrassment around periods and give information, so I teamed up with Stayfree®️ to create #InSyncWithMadjozi. And they killllled it! 💗💗💗🤗🤗 Check it out: https://t.co/0qKaZPz2EK #OurMove #ad pic.twitter.com/2i7fzDta7b