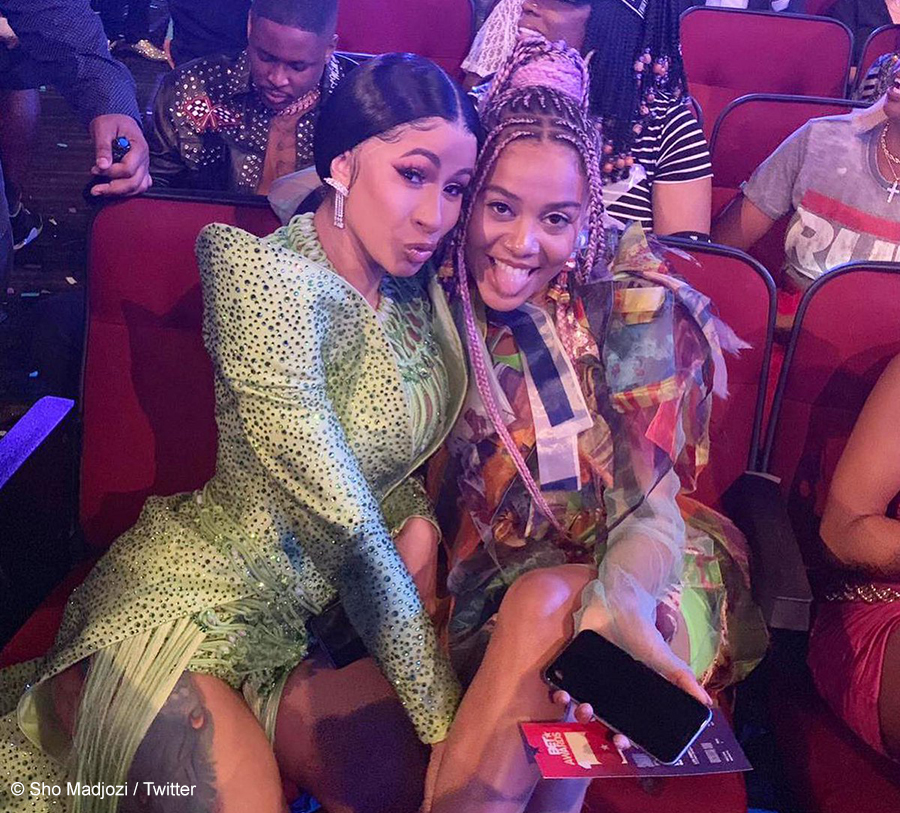 Sho Madjozi is 2019’s BET winner of the Best New International Act Award and, following an influx of messages congratulating her, she has taken time out to respond.

After winning the BET Award for 2019’s Best New International Act, Sho Madjozi was showered with congratulatory messages from people all over the world, but more especially, people from South Africa who felt the win also belonged to them as much as it did to the Huku hit-maker. Days after her win, Sho Madjozi has now responded to a number of celebrities who have continued to shower her with congratulatory messages.

On Tuesday, 25 June 2019, Sho Madjozi shared a series of images and a video she had taken with Cardi B during the BET Awards ceremony. In the video, Cardi B can be heard explaining how she was there when Sho Madjozi won her award during the day ceremony of the festival, to which Sho Madjozi screamed with excitement.

Locally, 2018 BET Award winner, Sjava, also sent a simple  “congratulations” to the artist. Sho Madjozi replied with a heartfelt message of gratitude, saying, “My friend, my confidant. You are so wise and you’ve always believed in me. You even told me I’d win a BET before I was even nominated. I love you so much.”

Sjava is one of many South African celebrities who have taken it upon themselves to celebrate the star. Other notable names include Black Coffee, DJ Fresh, Terry Pheto, Maps Maponyane, Tito Mboweni and President Cyril Ramaphosa.