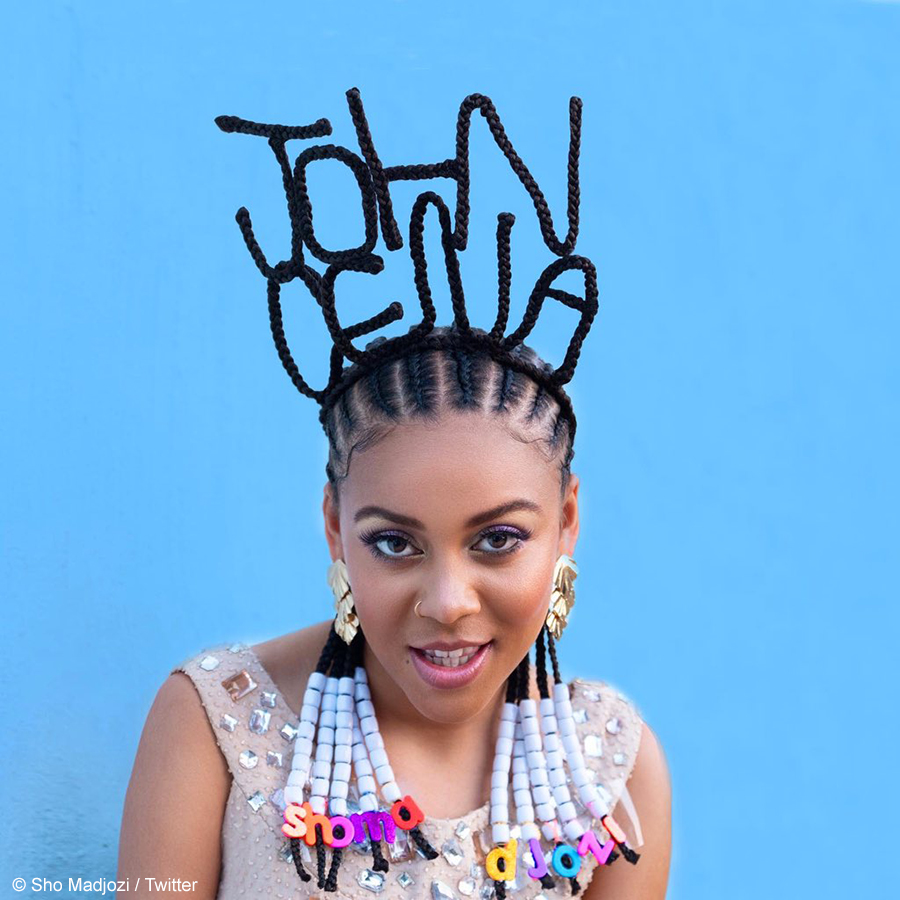 The South African rapper took to Instagram on Thursday, 3 October 2019, to share images of the vision behind her unique hairstyle, as well as the team behind it.

South African rapper, Sho Madjozi, took to Instagram on Thursday, 3 October 2019, to share the vision behind her now iconic, John Cena hairstyle. The Huku rapper shared a series of images where she can be seen getting her make-up done on set. In another image she showcases the outfit she wore with the hairstyle, which featured a beige maxi dress adorned with crystals and diamantes.

She captioned the image saying, “Shooting the John Cena cover art was iconic”. She also shared the team behind the cover art for her newly released single. South African photographer, Justice Mukheli was behind the lens while her John Cena hairstyle was created by herself with the help of hairstylist, Princess Ndlovu, who is known as the hair whisperer on social media. Sho Madjozi’s make-up was done by South African make-up artist, Faith Seuoe, who is known as Madame Picasso on social media.

Social media users flooded the post with complimentary messages to Sho Madjozi as well as the team that helped her with the vision. Some admired the rapper for doing the hairstyle herself, while others suggested that it took much man power to put the shoot together. One comment read, “It took a lot [for] this killer shoot I see”. The image received much interaction, with over 14 000 likes and over 100 comments.