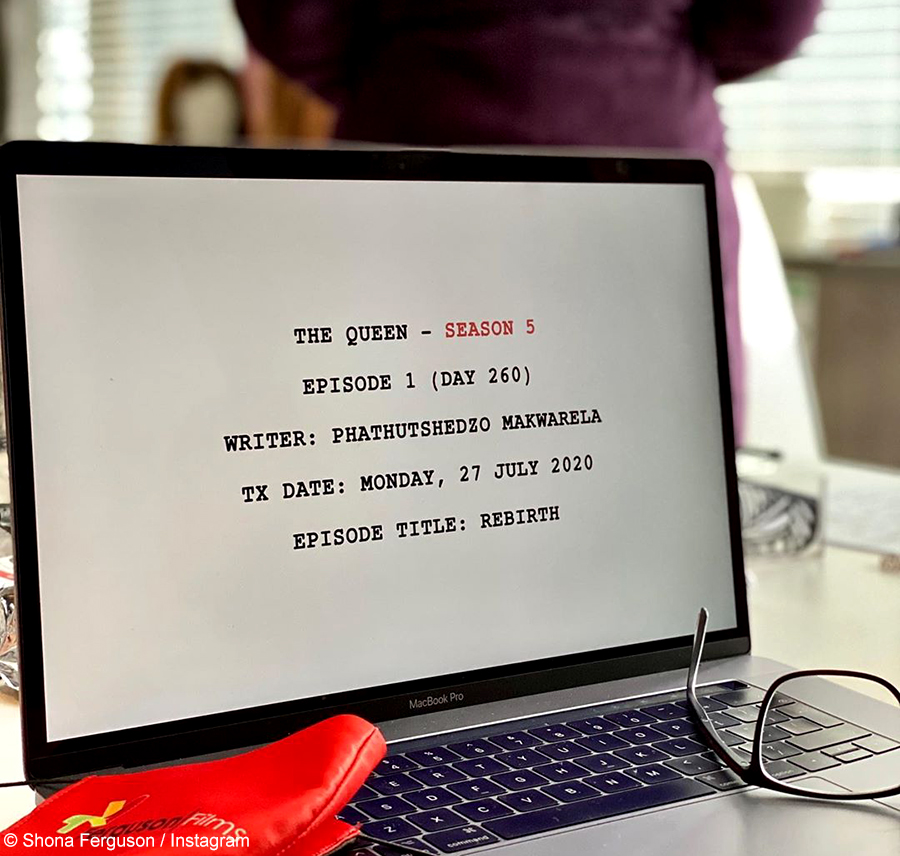 Shona Ferguson, actor and producer of The Queen, has shared a teaser on social media which shows the cover page of the script for the first episode of the series’ fifth season.

Shona Ferguson took to Instagram on Wednesday, 20 May 2020, to excite fans with a glimpse of the behind-the-scenes preparation for the fifth season of The Queen. The co-owner of the production house, Ferguson Films, shared an image of the cover page of the script, which showed that season five of The Queen is set to air on Monday, 27 July 2020. The image also revealed the episode’s title as “Rebirth,” crediting the acclaimed Phathutshedzo Makwarela as the writer.

Numerous actors commented on the post, including Gail Mabalane – who is expected to join the cast in the upcoming season. Fans of the show also shared their excitement, with many stating that July is too far away for them to wait. The show has yet to reveal further information on the upcoming season, however, it was recently announced that fan-favourite, Shaka, will be returning.

In this article:Shona Ferguson, The Queen