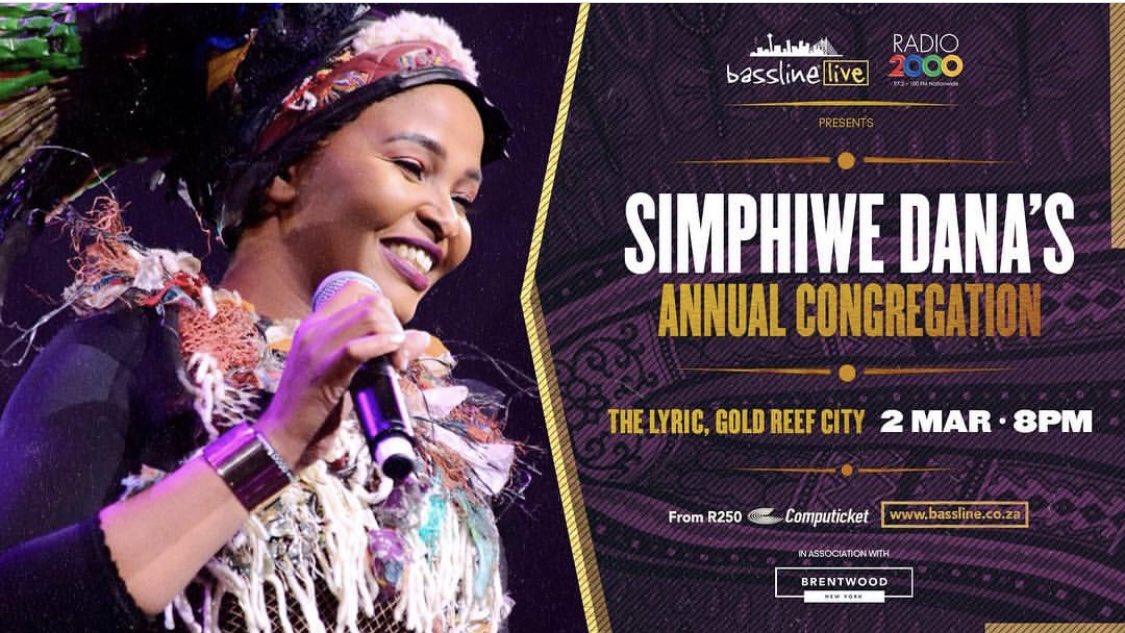 Afro-soul singer-songwriter Simphiwe Dana is set to take on The Lyric Theatre, in Gold Reef City on Saturday, 2 March 2019, for her Annual Congregation.

The Xhosa sing is known for her Jazz, Afro-soul and traditional music, which has acquired her a number of fans throughout the country. 2004 is seen as her break-out year, when she released her debut album, Zandisile. The album got major recognition and went on to win a South African Music Award (SAMA) in 2005, as well as an AVO Session Basel Award, all whilst gaining great success on the international Billboard chart.

Her songs explore social and political topics that were and still are prevalent in South African society. She is most notably known for her powerful songs such as Ndiredi, Troubled Soildier and Bantu Biko Street.

Her Annual Congregation sees the songstress expressing her Christian faith at the self-proclaimed, “Church of Dana”. The explosive once-a-year music communion is also set to celebrate the fifteen-year anniversary of her debut into the music industry.

The powerful singer and cultural activist last performed on The Bassline Live series at the Lyric Theatre in 2017. The performance at the Annual Congregation marks Dana’s return to the stage since her successful vocal surgery.

Tickets are available on Computicket.