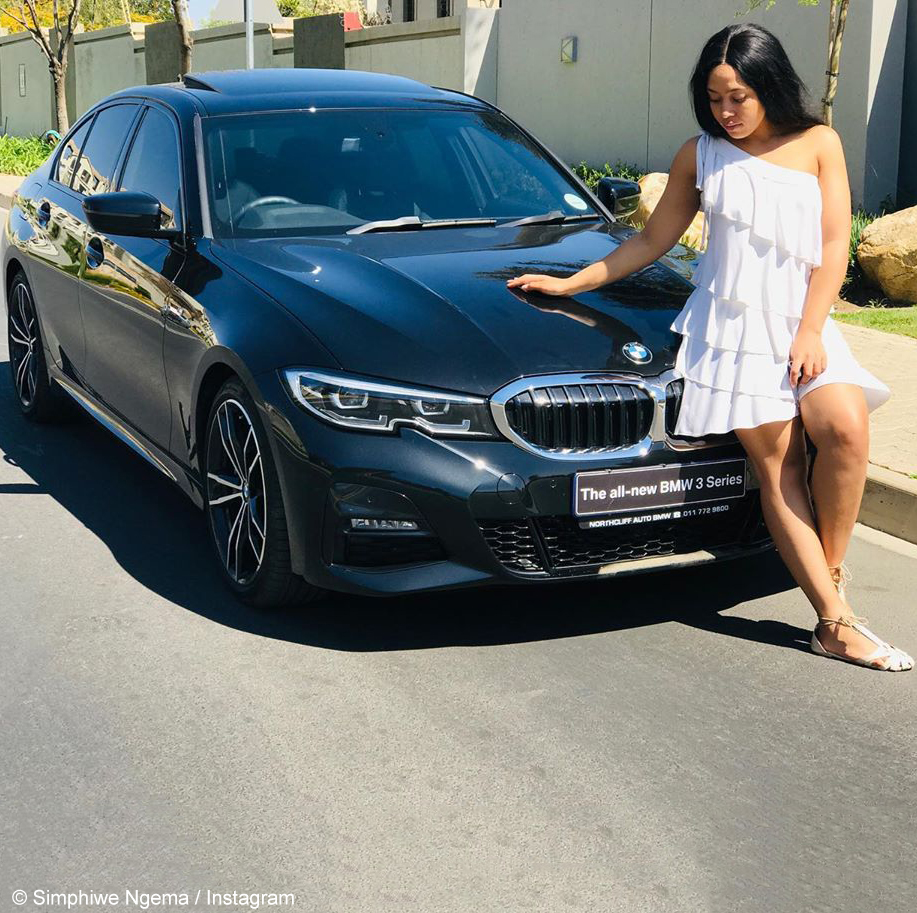 South African actress and musician, Simphiwe Ngema, revealed her birthday present to herself on social media, sharing images of her all-black BMW 3 Series.

In a post shared on Instagram on Monday, 2 September 2019, the former Muvhango actress shared an image of herself as she looked down at her new purchase, whilst dressed in a one-shoulder frilled dress. Simphiwe Ngema’s choice shows a black BMW 3 Series, with all-black interior and modified rims. She captioned the post with, “What an amazing birthday weekend. This is a start of a beautiful relationship. Looking forward to it.”

The actress hosted her thirtieth birthday party on Friday, 30 August 2019, at the Moloko nightclub in Pretoria, where she celebrated her milestone birthday with a number of her closest family and friends, along with many of her fans. Her birthday gift to herself came at the end of her birthday weekend, closing off her celebrations in style.

Fans and friends of the actress shared both congratulatory messages and birthday wishes on the post, with many stating that the sleek car suits her personality perfectly. Celebrity friends, Phindile Gwala-Ngandu, Sindi Dlathu and Amanda Du-Pont posted a number of heart emojis on the picture.  A fan of the actress, Boitumelo Tumiaphane, also commented, “You are a true inspiration to women who have gone through hardships. You rise above it all and turned your sorrow into success and motivation. God bless you in your many successes, he knows you deserve it.”

What an amazing birthday weekend. This is a start of a beautiful relationship. Looking forward to it. #northcliffautobmw @mzamongema