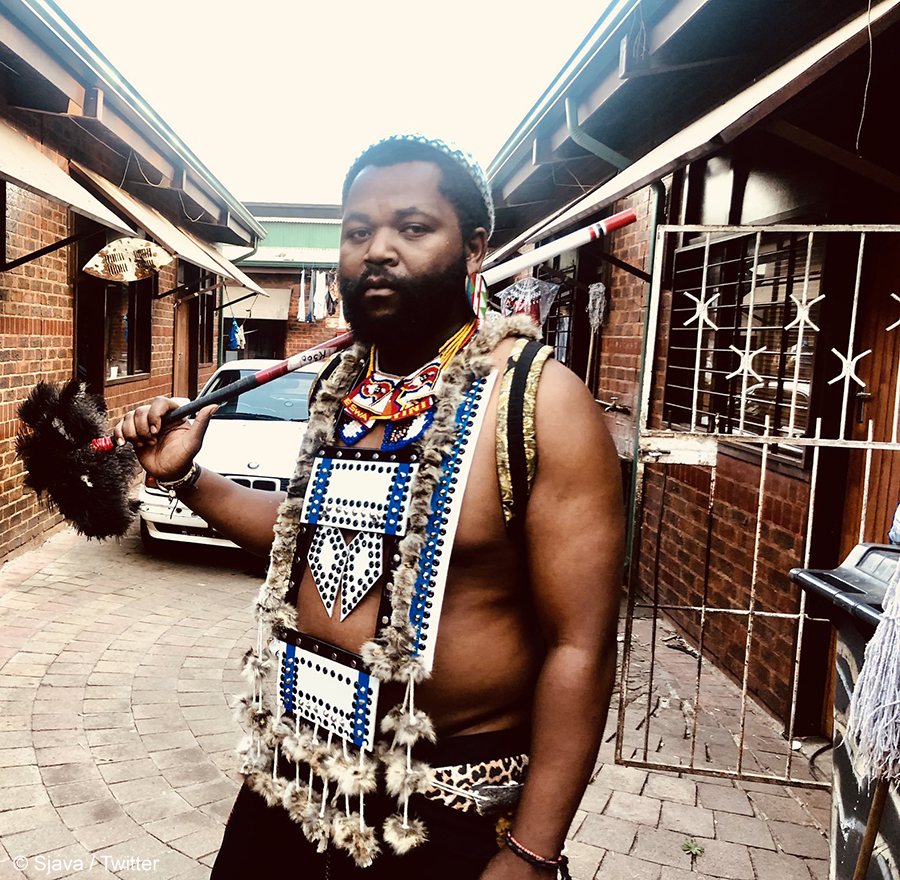 Hip-hop artist, Sjava, kept his promise to wish veteran actress, Thembi Mtshali-Jones, a happy birthday and surprised her with a video call on set.

Musician, Sjava, kept his word to surprise veteran actress, Thembi Mtshali-Jones, and wish her a happy birthday on Thursday, 7 November 2019, as the veteran actress celebrated her seventieth birthday. A social media user, Halala Sabela, had takent to Twitter on Wednesday, 6 November 2019, asking Sjava if he would mind wishing Thembi a happy birthday.

In her post, the social media user stated, “Sjava, hope you read this tweet. Tomorrow is a birthday of a very special woman. She’s a huge fan of yours and nothing would make her happier than a video / video call from you,” accompanied by an image of the veteran actress. After Sjava saw the post, he responded by referring to her by her iconic character name on the 1990s hit comedy show, S’Gudi S’Nyasi, Sis’ Thoko.

On Friday, 8 November 2019, Halala and Sjava alerted their social media fans that the call indeed took place. Halala first posted a screenshot of the actress’ surprised expression when she saw Sjava’s face on the video call. She captioned the post, “It happened, and Mama couldn’t be happier. I’m truly grateful and in awe of Sjava’s [humility],” to which Sjava responded, “She was so happy.”

She was so happy ❤️ https://t.co/jiWqyyB1rm