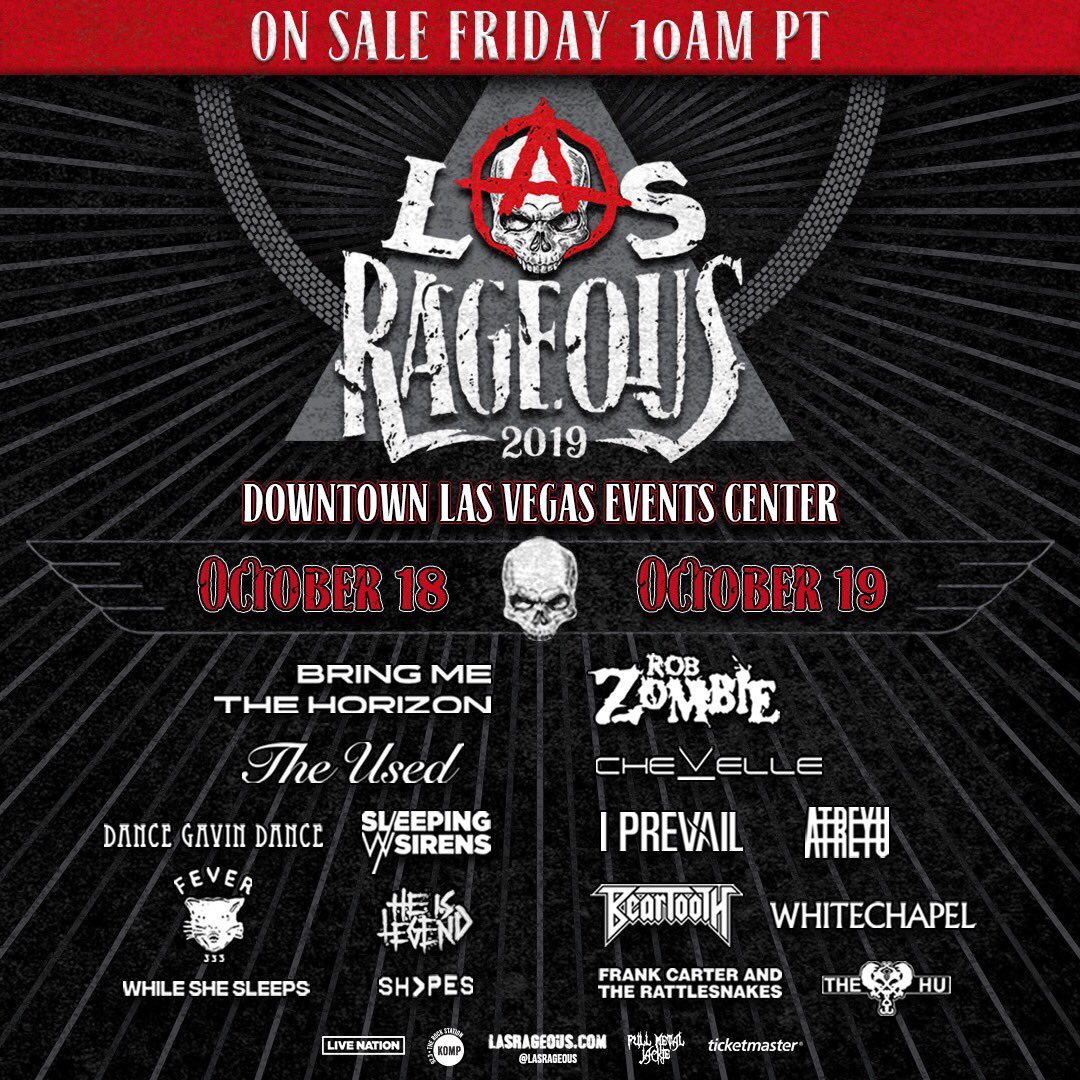 Floridian rock band Sleeping With Sirens has been announced as part of the star-studded line-up for the 2019 Las Rageous Music Festival.

Las Rageous Music Festival recently announced its line-up for the 2019 edition, set to take place on Friday, 18 October 2019 and Saturday, 19 October 2019 at Downtown Las Vegas Events Center. Las Rageous announced the line-up for the festival in an action-packed teaser clip that showcases live footage of previous editions of the festival, as well as anticipation-building footage of the band’s live performances. Here, we see footage of the crowds moshing and the general fullness of the festival as the names of the acts flash across the screen.

Sleeping With Sirens appear on the line-up alongside the festival’s headliners Rob Zombie and Bring Me To The Horizon, as well as supporting acts Chevelle, The Used, I Prevail, Dance Gavin Dance, While She Sleeps and Frank Carter & The Rattle Snakes, amongst others.

Sleeping With Sirens will likely perform hits from their latest album, Gossip, which was released on Friday, 22 September 2017. The album spawned hits like Empire to Ashes and Legends. The band has also teased new music, which may or may not be released by the time Las Rageous comes around. The band’s bassist Justin Hills spoke to Rocksound TV about upcoming work in an article published on Thursday, 3 January 2019, stating: “We wrote the record everyone wanted to hear and the record we wanted to play. It’s heavy, it’s angsty, it’s in your face rock and roll. Most importantly I can’t wait to play it live.”

Tickets for the Las Rageous Music Festival are available for purchase on the official event website.