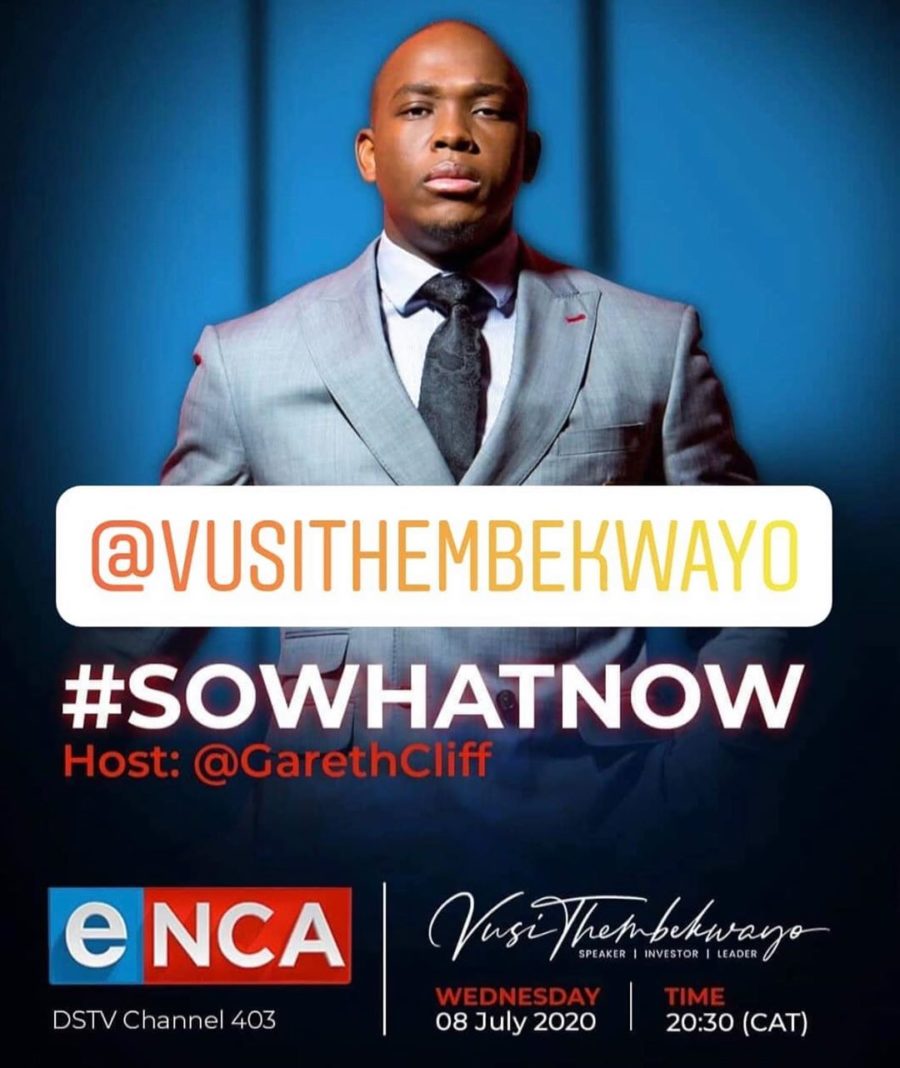 So What Now’s latest episode, which aired on eNCA on Wednesday, 8 July 2020, saw host, Gareth Cliff, discussing issues that have become largely prevalent in South Africa in recent weeks. He began by looking at the current state of South Africa and the impact of the pandemic, as the country has now surpassed 100 days under lockdown. With the number of infected people rising by the hour, Gareth spoke to Jeremy Nell and Peter Boghossain, who compared South Africa’s state of affairs to various other international countries, further suggesting what could be done differently.

The episode also saw businessman, Vusi Thembekwayo, joining the show to speak about his viral video, in which he confronted the South African government and addressed the economic impact of the lockdown. Vusi explained the thought process behind publicly addressing the government, claiming that it was necessary for the public to understand his viewpoint.

Watch the preview of the latest episode of So What Now below.