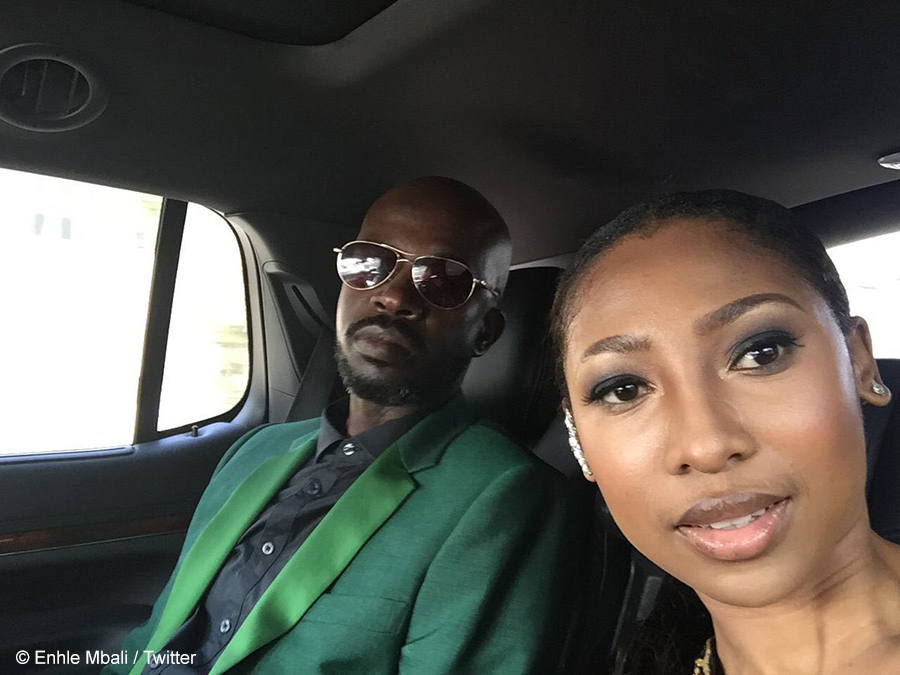 On Thursday, 27 June 2019, Black Coffee trended on Twitter after rumours that he was found cheating on his wife, actress and media personality Enhle Mbali, surfaced.

The rumour mill gained momentum on Thursday, 27 June 2019, after Instagram exchanges between Cathy Guetta, the ex-wife of popular international DJ David Guetta, and Black Coffee were circulated. In one post, Cathy Guetta commented on the lengths she went through to surprise Black Coffee at a private party in Cannes. Cathy, in the since deleted post, added a video of herself and Black Coffee reuniting and affectionately embracing one another.

The video featuring the two prompted social media users to further investigate the claims as they went through all her social media pages, revealing numerous interactions between herself and Black Coffee, which they felt proved that the two were involved in an affair. Some of the “incriminating” evidence found included Cathy Guetta having Black Coffee’s name on her Instagram biography, although it could be dismissed as publicity for his residency at popular Ibiza-based club, Hi Ibiza, as Cathy is an event organiser. Several other interactions were pulled up, including heart emojis and suggestive comments between the two on their social media pages.

However, what really started the cheating allegations was a picture circulated across social media, which featured Black Coffee posing with a caucasian woman outside an undisclosed area. Although no further information could be found on the woman, Cathy Guetta provided the perfect social media footprint to cyber stalk.

Although Black Coffee and Enhle Mbali are yet to officially comment on the rumours, it is true that Enhle has deleted most images that feature her husband on her Instagram account. The earliest image that can be found with him on her page dates back to Monday, 12 March 2018, where the pair is seen posing together at Enhle’s thirtieth birthday celebration. The only other image of the couple on her Instagram page dates back to 2016.