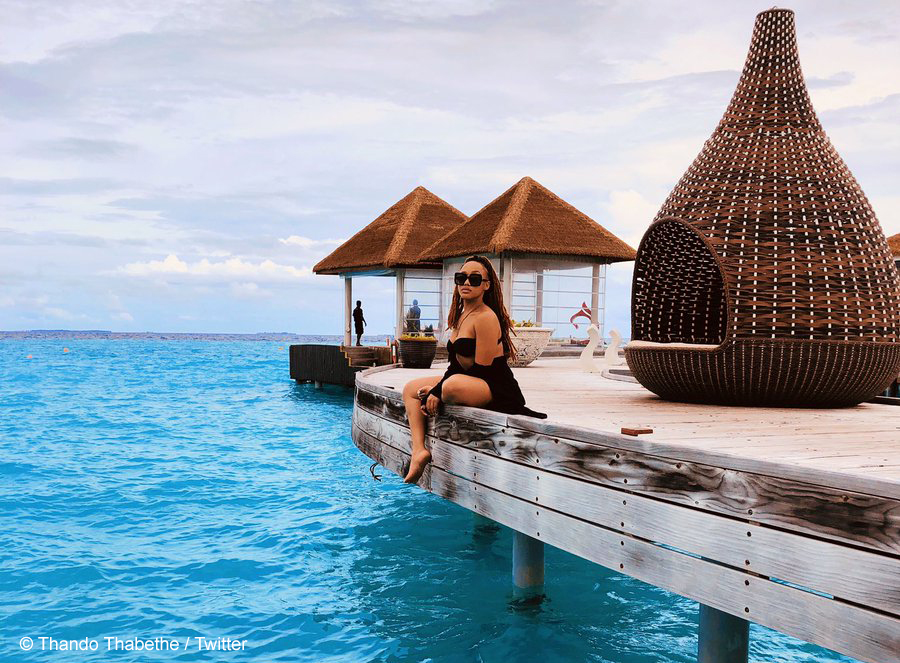 Recent social media posts from both media personalities have further fuelled rumours about their reported romantic relationship, with social media users weighing in on the matter.

Lunga and Thando have been previously rumoured to be in a relationship, following a picture shared by Thando of the pair at the Vodacom Durban July, which took place in early July. The rumours have since been fuelled, following separate pictures of the two which were shared across their social media pages, showcasing them at what seems to be the same location.

Thando, who is currently in the Maldives on holiday, is suspected to be spending time with Lunga, following the pictures shared on her social media. Lunga is said to have posted pictures that detail him at a private island resort, similar to the one Thando is currently at. A screenshot image from Lunga’s Instagram shows him in blue shorts whilst the location is marked as a resort in Central Maldives. He shared the same picture on his Twitter page and when asked if Thando Thabethe is also at the same place, Lunga coyly responded by saying that he does not know.

Lunga later responded by sharing a meme picture of him and Thando that portrays a sarcastic reaction from both of them of their rumoured relationship. The captioned post read: “When people say I’m on holiday with Thando Thabethe”.

The pair has not directly confirmed nor denied the ongoing rumours about their alleged romantic relationship. From the pictures shared on the social media posts, social media users are convinced that the two are both in the Maldives as they have been using identical hashtags in their posts.