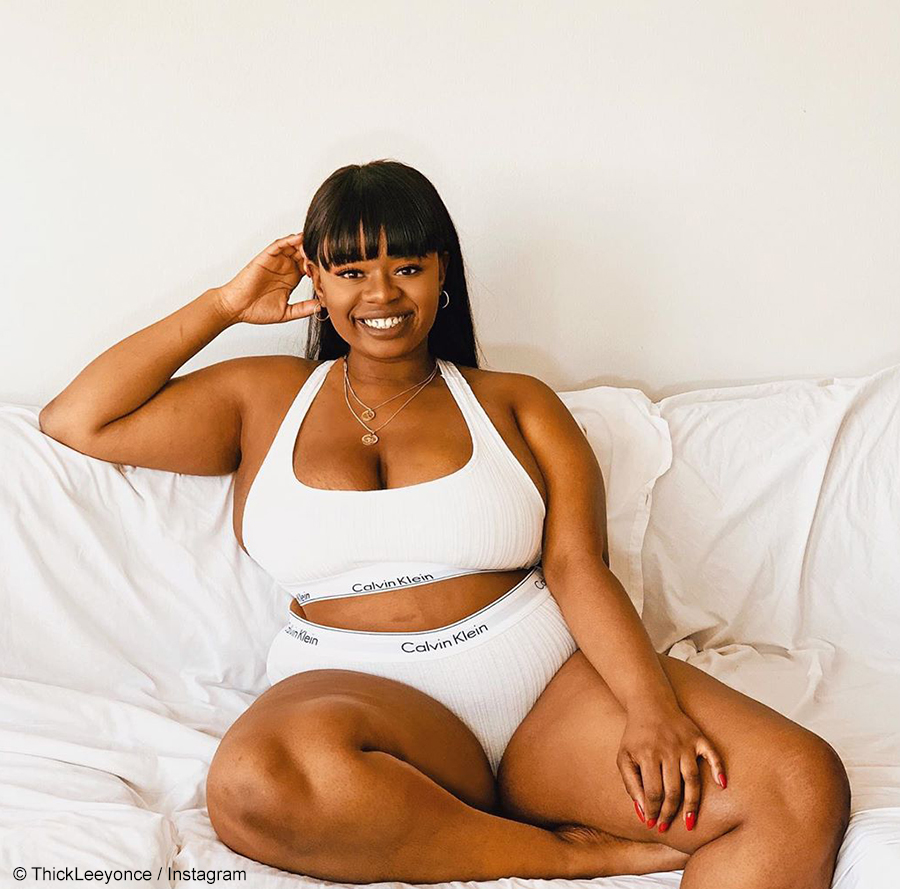 The South African beauty and fashion influencer took to Instagram on Wednesday, 11 September 2019, to share images of herself in her latest campaign for Calvin Klein.

South African beauty and fashion influencer, ThickLeeyonce, has often expressed her body positivity activism on social media. Although it hasn’t always been well received by social media users, the plus size model and photographer continues to receive support from brands.

She wowed fans after she took to social media in May 2019 to announce her partnership with luxury designer brand, Calvin Klein, as their first South African ambassador, and has since shared her experience with the brand.

She took to Instagram on Wednesday, 11 September 2019, to share an image of herself decked out in the designer cotton boxers and bra with the iconic Calvin Klein waist band. The image shows her lounging on a sofa in the predominantly white underwear set, gold layered necklaces and a pair of hoop earrings, in various poses.

She captioned the image saying, “In this house, we love ourselves”, playing on the idea of self-love and her stance on spreading body positivity. Social media users flooded the comments section of the post with complimentary messages to the model, including South African influencers, Vongai Mapho and Yolenda Jawe. South African model, Blue Mbombo, also commented on the images, sending heart-eyed and fire emojis in expression. The images have since received  over 10 000 likes and almost 400 comments.

…in this house, we love ourselves 🧡 @calvinklein @edgarsfashion #inmycalvins #ad

‪The captivating eye featured on the CALVIN KLEIN WOMEN Eau de Toilette bottle embodies the viewpoint of the individual woman and the collective. It allows a fresh take on limitless self-expression.‬ ‪A connection is made possible, woman to woman, eye to eye. 🖤👑 ‪#IAMWOMEN #ad ‬@calvinklein