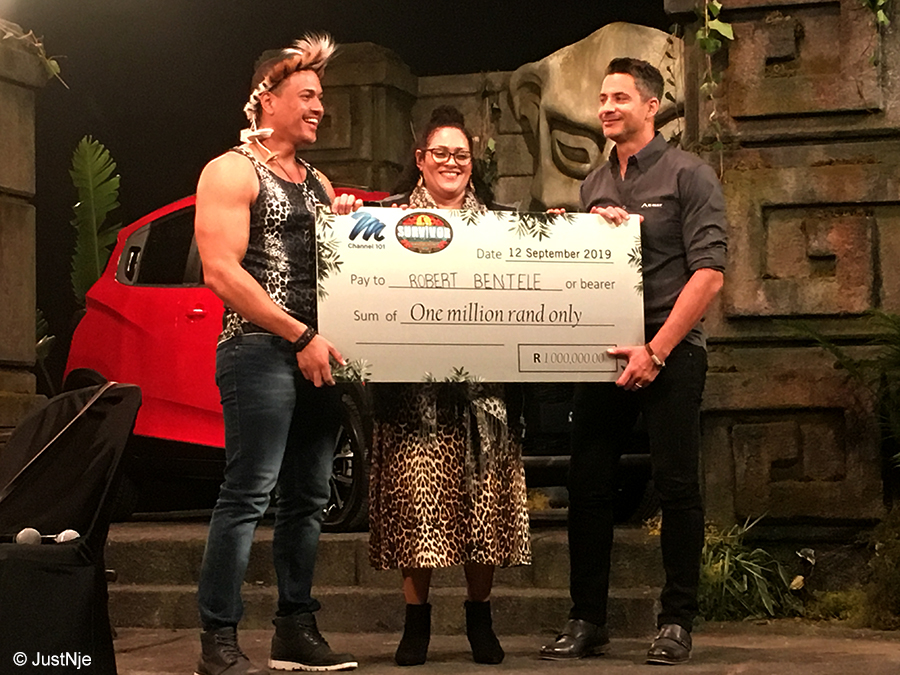 The season finale of Survivor SA saw fan-favourite, Rob Bentele, being voted the sole Survivor for season 7. JustNje sat down with Rob for an interview following his victory.

JustNje caught up with Rob at the Radisson Red Hotel in Cape Town on Friday, 13 September 2019 to discuss his Survivor SA triumph. Friday, being the morning after his Survivor SA win, still saw Rob remaining calm and composed as ever. With just an hour of sleep after the previous night’s celebrations, he effortlessly continued with interviews throughout the morning.

When asked what he was feeling when he was announced as the winner, he said, “I knew if I slept and woke up in the morning, and I was still the winner… then it was real. I knew I won Survivor when I left the island, but when I saw how many votes Nicole got… I thought maybe I missed something. I thought… I might have just lost this thing, but honestly, she deserves all the votes she got.”

He went on to explain his relationship with Nicole, one of the season’s stars, revealing that he carried her through, due to her being an enemy to the jury. Adding that, “Nicole and I have been close from day one of the game. We bonded very well and worked closely throughout the majority of the game. From episode 17, she tried to blindside me, and it automatically switched everything. Yes, I know we are close, yes I know she loves me and yes I know after the game we would have a friendship… but at that point in the game, I needed to pick up my guard again.”

Rob also outlined how he would be spending his R1 million prize money, saying, “The key is not to spend that cheque. I think I’ll be the stingiest millionaire you’ve ever seen.” Rob plans to invest the money in order to create a comfortable financial standing, and to work in the television industry. “I plan on investing it, I used to be a financial planner… So I know what I should do with it and going forward, I look at a man like Nico [Panagio] and he’s left a very beautiful footprint in his career and I wish I could do something similar to that.”