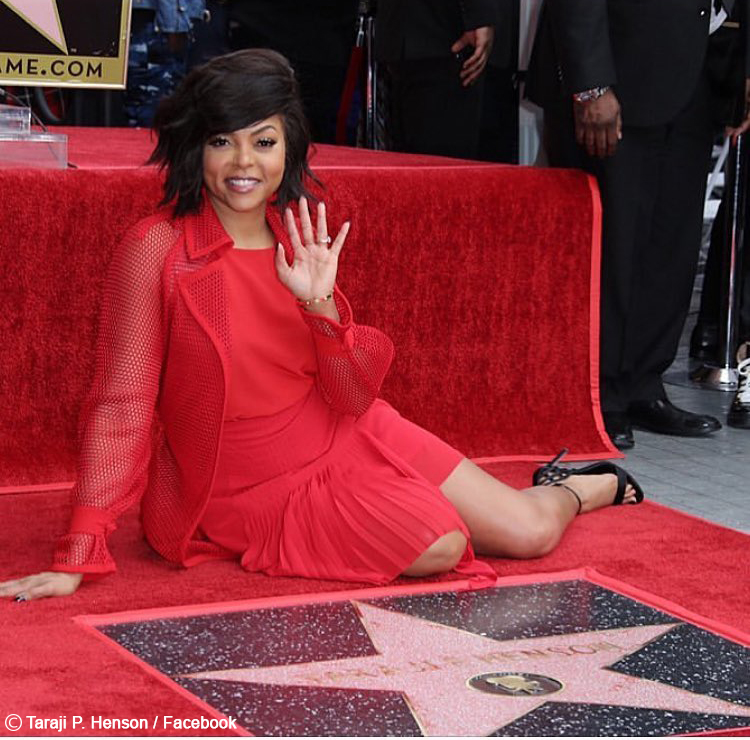 Empire actress, Taraji P. Henson, was honoured with a star on the Hollywood Walk of Fame in a ceremony which took place on Monday, 28 January 2019.

The 48-year-old Oscar-nominee attended the ceremony with her mother and grandmother by her side. She shared an emotional speech and mentioned that she knows that her grandmother is praying for her, as she said “I know she never thought that she would live to see this”.

The American actress also spoke about how she hopes the next generation of female actresses won’t have to fight to get the best roles like she has had to during her 18-year career.

The Think Like a Man actress started her film career in the early 1990’s, with her first prominent role being in the 2001 comedy-drama, Baby Boy, starring actor, Tyrese Gibson and hip-hop rapper, Snoop Dogg. She has since starred in several movies which have contributed to her success in the Hollywood film industry, and her role as Cookie Lyon in the US hit series, Empire, has won her a Golden Globe award.

American film director and writer, John Singleton, and legendary RnB singer, Mary J. Blige, were amongst the celebrities who were given an opportunity to speak at the podium, before presenting her with the honour.

“Thank you Hollywood Chamber of Commerce!!! I am grateful,” the actress posted her Instagram page, alongside a picture of herself next to her star on the Hollywood Walk of Fame.