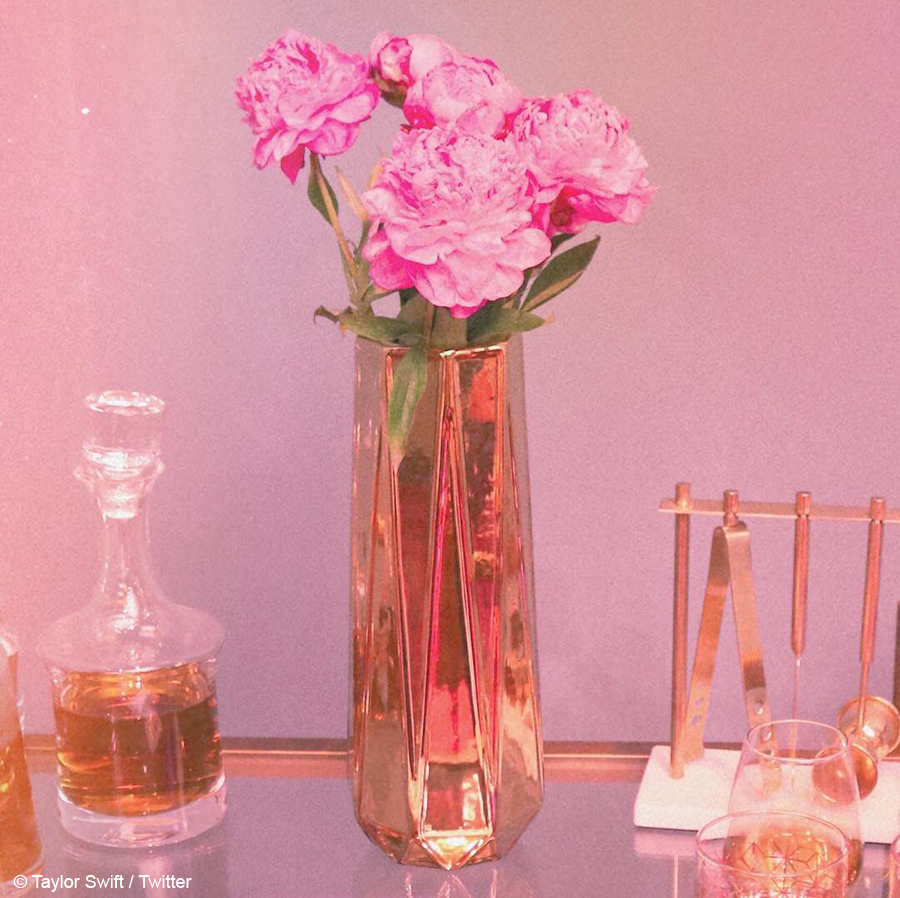 Singer Taylor Swift posted another cryptic image on her Instagram page, this in trend with her teasing her fans about Friday, 26 April 2019, when she will reveal something big.

On Wednesday, 24 April 2019, Taylor Swift continued to peak the interests of her fans all over the world when she posted yet another cryptic image on her Instagram page. She posted the image while fans anxiously wait for Friday, 26 April 2019, when she will finally reveal the cause of all the secrecy. Her recent post was a vase full of peonies sitting on a bar table in between tumblers and whiskey.

In style with previous cryptic images she has posted, Taylor Swift captioned the image with a numerical date, 4.26, which alludes to her revealing something big on Friday, 26 April 2019.

The first image she captioned with these numerical digits was on Saturday, 13 April 2019, when she posted a diamond-encrusted heart. The image, which currently sits with over a million likes on her page, also had hints of pink.

Following this, she continued posting a series of images, which all had the pastel theme in common, such as a woman in a yellow retro suit holding her blazer, revealing an array of rings on her fingers, her cats on a peach-coloured couch, a close-up of a baby blue bicycle and portraits of chicks wearing shades.

Fans who have followed the singer’s promotional campaign have speculated that on Friday, 26 April 2019, Taylor Swift will possibly release a new single, or even better yet, a full-length album. The singer last released a studio album back in 2017 with the release of her sixth studio album, Reputation. The last single she promoted from that album was the hit song Delicate, officially released in 2018.