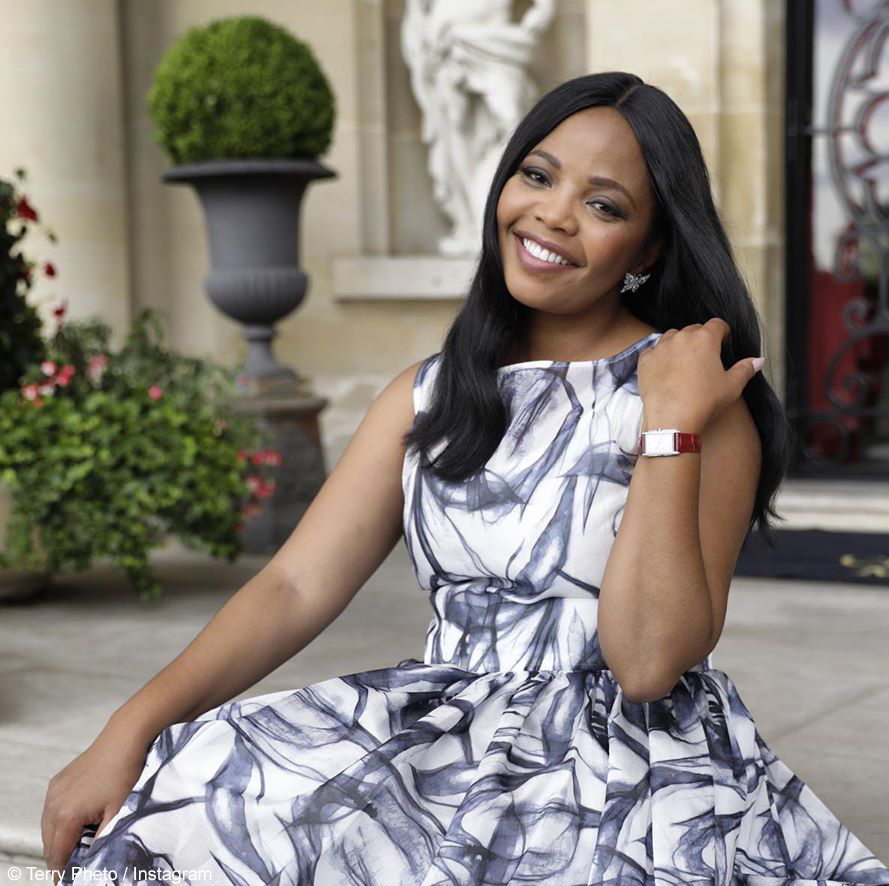 Award-winning South African actress, Terry Pheto, took to Instagram to announce herself as the cover girl for the September issue of The Afropolitan.

Terry shared the images, taken by Gareth Jacobs, on her social media today, 17 September 2019, along with a caption that stated, “I’m on the latest cover of The Afropolitan, shot on location at The Houghton Hotel. Wearing my favourite Longines conquest classic [watch] with diamonds.” The first visual shows Terry styled by Dominque Wolf, wearing a floral dress, adorned with diamond earrings and the Longines wristwatch, for which the model is an ambassador. The actress is seen posing in various rooms throughout the hotel for the photoshoot, whilst wearing different ensembles in each visual.

The following pictures, also taken at The Houghton Hotel, show the star in an all-white pants suit, with a silver floral detail coat hung over her shoulders, captioned, “And where she stood, she stood tall.”. The other showed her in a burnt orange leopard print dress, accompanied by leopard print Giuseppe Zanotti shoes and a Dolce and Gabbana medium clutch bag, with the caption, “Gold like 24K, okay!”, quoting lyrics from Beyoncé’s Brown Skin Girl.

A number of the actress’ famous friends, including Thembise Seete and Mampho Brescia, congratulated her on her achievement, sharing messages on the post. Fans also commented on her announcement, with Bradley Ndlovu commenting, “Good on you Ma’am! I love this. An inspiration to all!”. Jeanette Skosana also stated, “You look breathtakingly magical, Terry Pheto. Everything about these pictures radiates royalty!”.