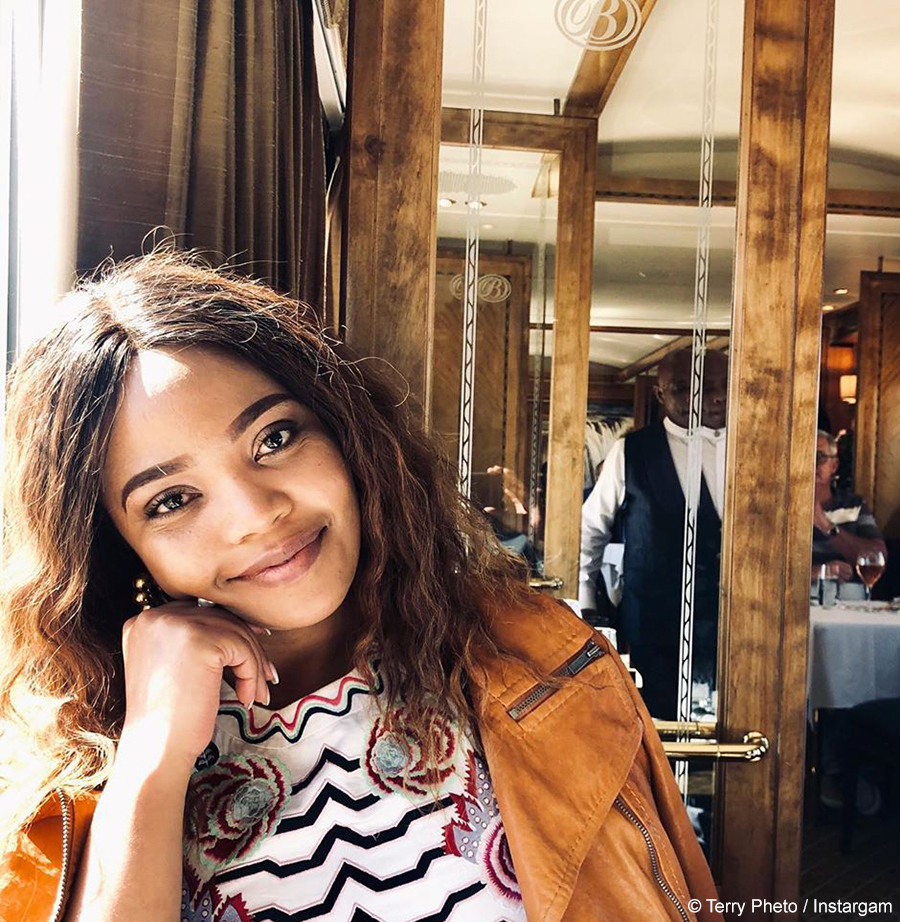 The South African actress and model took to Instagram to share an image of herself posing in a green and black Gavin Rajah ensemble for Style Africa magazine.

South African actress and model, Terry Pheto, is known for her poise and fashionable style. The Longines brand ambassador often shares images of herself in bespoke ensembles donning elegant silhouettes that show off her figure and highlight her features. It seems the model is not only getting popularity for posing for luxury watch brands, the actress can also be seen posing in the fashion pages. She took to Instagram on Monday, 9 September 2019, to share an image of herself that was shot for Style Africa magazine. In the image, the model can be seen wearing a bright green feather dress, under a black, tailored sleek coat which are both from the clothing collection of South African designer, Gavin Rajah.

The outfit was paired with gold leaf earrings from designer and jewellery brand, Tiffany Marx, and a statement ring from jewellery brand, Oh Dear Megan. In the caption, the South African model expressed her excitement for the week ahead, mentioning that the shoot was styled by South African media personality and Editor-in-Chief of Glamour South Africa, Asanda Sizani.

The magazine shoot was met with enthusiasm by social media users who took to the comments section of the post with complimentary messages to the model. South African businesswoman, Basetsana Kumalo; actress, Brenda Mhlongo and media personality, Andile Ncube, were among those who commented.