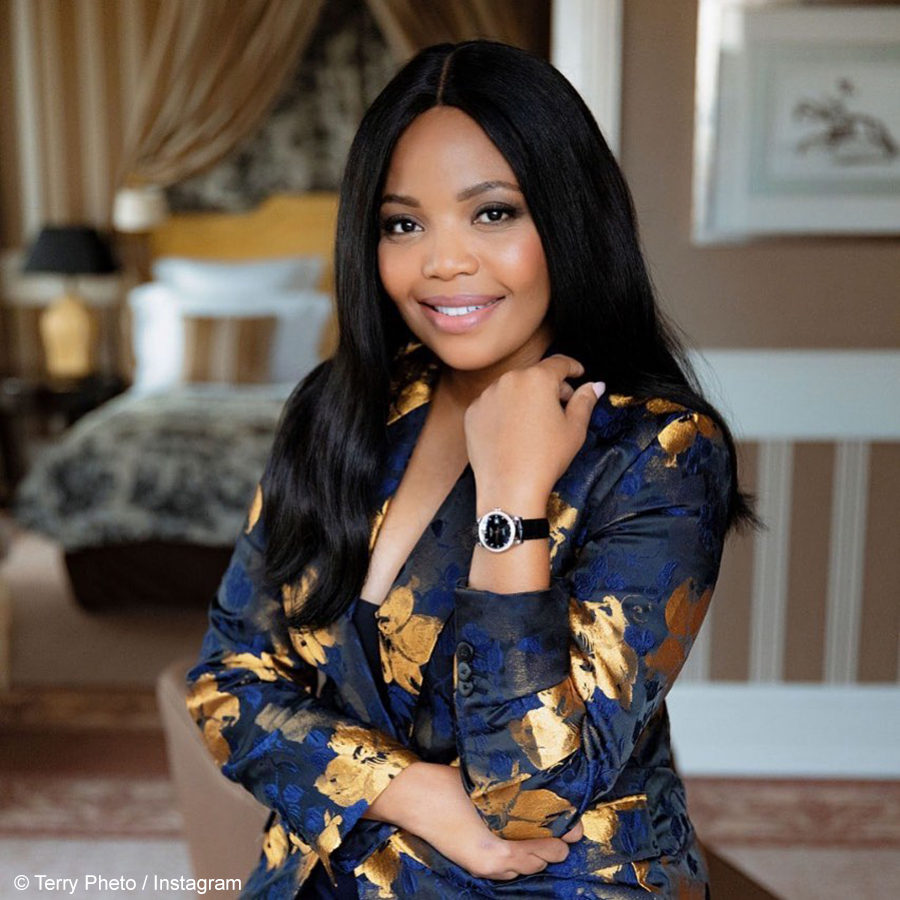 The South African brand ambassador for Longines took to Instagram on Wednesday, 28 August 2019, to share an image of the latest style in the watch range.

South African actress, Terry Pheto, is one of the ambassadors for watch brand, Longines. She took to Instagram on Wednesday, 28 August 2019, to share one of the watches from the brand’s collection.

Posing in a navy blue and gold blazer, while wearing the rose gold and black time piece, her caption explained the make of the watch, saying, “combining classic elegance with excellence.” She also mentioned that the watch was made from stainless steel.

The South African actress first announced her official ambassadorship with the brand in June 2019 in an Instagram post that expressed her excitement about the partnership. She has since taken to social media to share the various styles that are available, including a square piece with red wristbands, which Terry describes as “elegant and feminine”, as well as various other styles.

Commenting on the post,  social media users shared that the South African actress was an inspiration to many. The same image, including another close-up where the details of the watch are visible, was previously shared on the brand’s Instagram page.

The pictures have received much traction and  congratulatory comments from Instagram users. Amongst these were other jewellery and watch makers who expressed that they were impressed with the brand’s decision to collaborate with the South African actress.