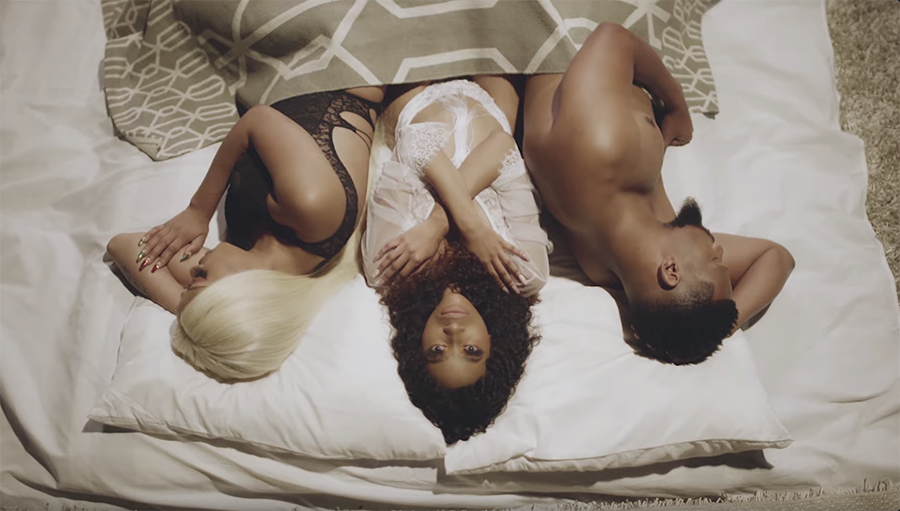 Thabsie’s music video for her latest single, iLula, showcases who gets the short end of the stick when in a love triangle.

On Wednesday, 11 September 2019, musician, Thabsie, released the visuals for her latest single, iLula.  This marks the singer’s second music video released in 2019, following the Ethiopian-shot music video for Finally. The mellow and lounge jazz-inspired song, which talks about leaving a relationship because of feeling unloved and unappreciated by your significant other, uses its lyrical content to create the video’s narrative.

The music video was shot by Callback Dreams Studios under the visual direction of Makere Cross Thekiso. Aesthetically, the music video lends itself to the song’s jazzy mood, featuring scenes which were all shot in a minimally designed studio, to show the sparse surroundings. The music video does not attempt to hide that it is shot in a studio, rather than in different locations. It also uses a consistent dim-lit look throughout the sequence shots.

The music video tells the story of a love a triangle between Thabsie and her partner, played by actor and television host, Kay Sibiya. The music video starts with the screen couple having a romantic dinner until Kay answers his phone.  Following Kay answering the phone, we are introduced to the “other woman” played by beauty influencer and businesswoman, Semakaleng Mo.

After the initial introduction of the love triangle at the dinner table, we follow the complicated love story as Kay splits his attention between the two women. The video ends with Thabsie finally leaving the relationship.

Watch the iLula music video below.