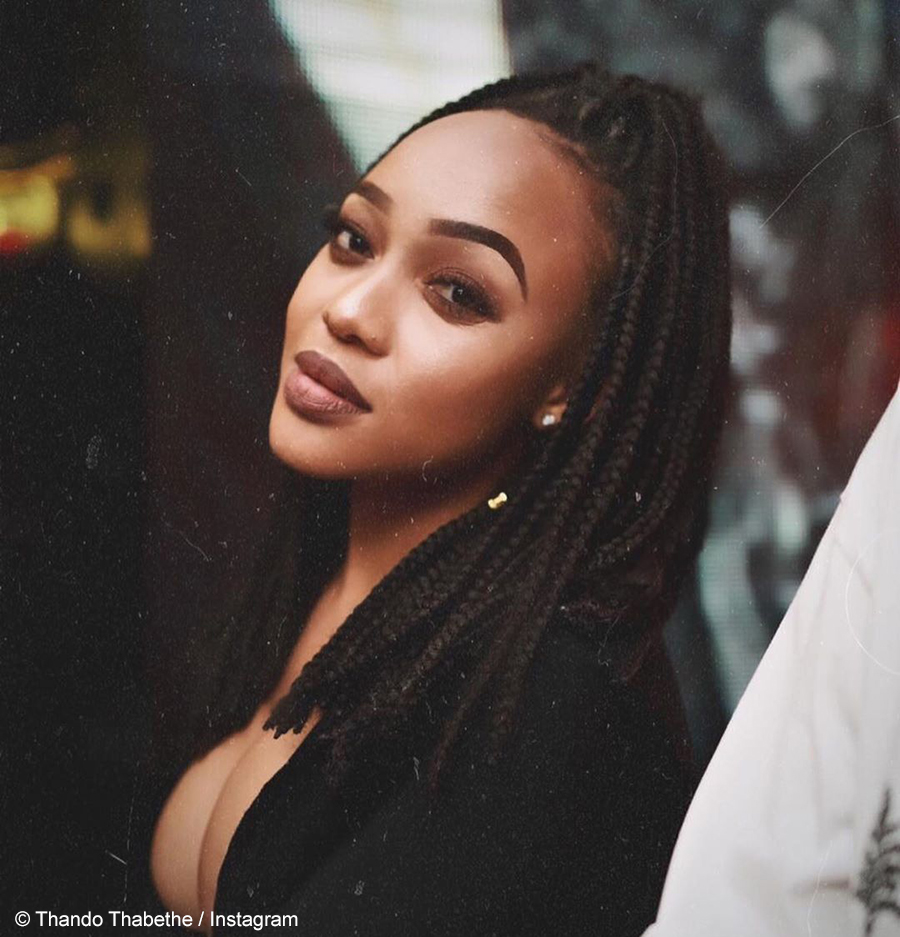 Social media users came to Thando Thabethe’s defense after a social media user insulted her beauty, claiming she is just light-skinned, to which she responded in a mature and unexpected way.

South African media personality, Thando Thabethe, commented on actors, Jessica Nkosi and Ntokozo ‘TK’ Dlamini’s scandal that alleged that the latter was caught cheating on the mother of his child. Jessica Nkosi reportedly received confirmation of her partner’s alleged cheating from social media users who sent her “receipts and evidence” via Instagram.

Thando took to her Twitter page and said, “Shout out to the ladies on Instagram who come with receipts, you all are leadership.” Many of the comments were from female social media users that agreed with Thando. One such comment read, “It’s a good culture. Looking out for each other [because] most times you really don’t know what your partner is doing.”

However, one follower decided to insult Thando for her comment. The follower wrote in isiZulu that she is proof that just because she is fair in complexion does not mean she is pretty. Many of Thando’s over 1.1 million followers came to her defence. One comment from a follower stated, “You guys are just angry.” Another follower wrote, “Lies, Thando is pretty!”

Thando responded too to the insult, writing, “And may God bless you abundantly, may he grace you with self-love so you never feel a need to put down others.” Following her response, many of her followers commended her on her reproach towards the comment. One tweet read, “Kindness, the new way of dealing with people like him.”

Shout out to the ladies on insta who come with receipts, y’all are leadership ??

And may God bless you abundantly, may he grace you with self love so you never feel a need to put down others. ✊???? https://t.co/qDVKWIaghc