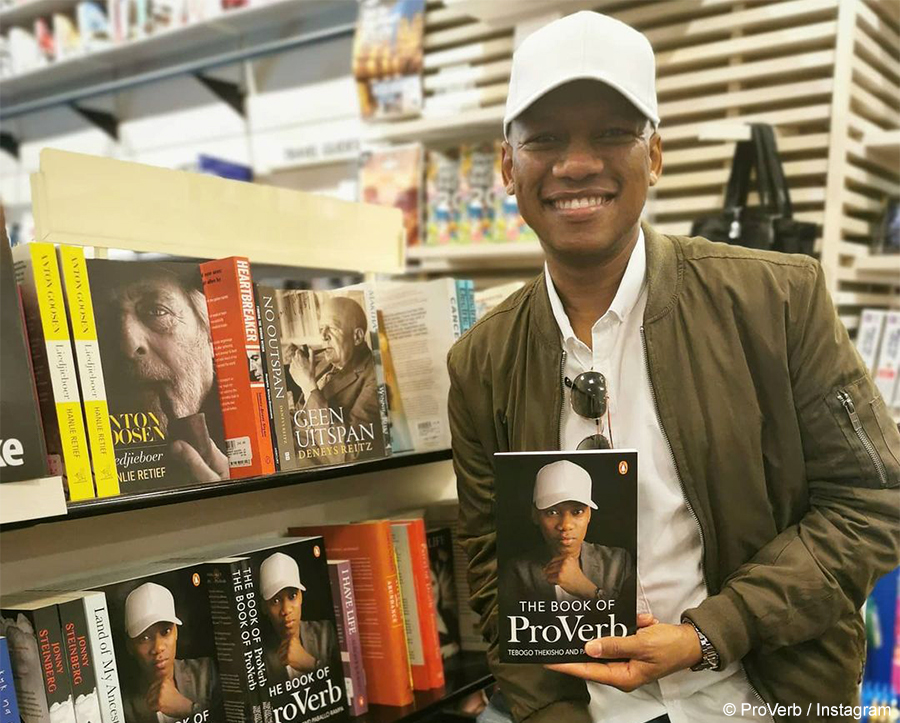 The Book Of ProVerb gives insight into the life of popular media personality, ProVerb, who has endured far more than what is shown on television and in the media.

The Book Of ProVerb is the memoire of Tebogo Thekisho, better known as ProVerb, which was released in early October 2020. The autobiography, named after his debut album which was released in 2005, looks back at his journey to stardom. Much like his industry peers, ProVerb comes from humble beginnings. After appearing on platforms such as Channel O, Jam Alley and YFM, ProVerb became a household name as the host of Idols SA.

Whilst many are aware of his career victories, the book surprisingly opens up about darker aspects of his life, which include an attempted suicide. With Mental Awareness Month being observed in October, the book comes at the perfect time, as it allows readers to see a more vulnerable side of a supposedly strong man.

In the book, ProVerb goes into detail about how he tried to commit suicide after the end of his 10-year marriage. ProVerb has been vocal about his and Onalerona’s marriage in the past, claiming that she had cheated on him. According to reports, Onalerona had an affair with controversial businessman, Edwin Sodi. He has never publicly discussed his mental state in detail before the release of the book, warranting him praise from his fans for being so honest.

The Book Of Proverb is available for purchase on the Exclusive Books website.