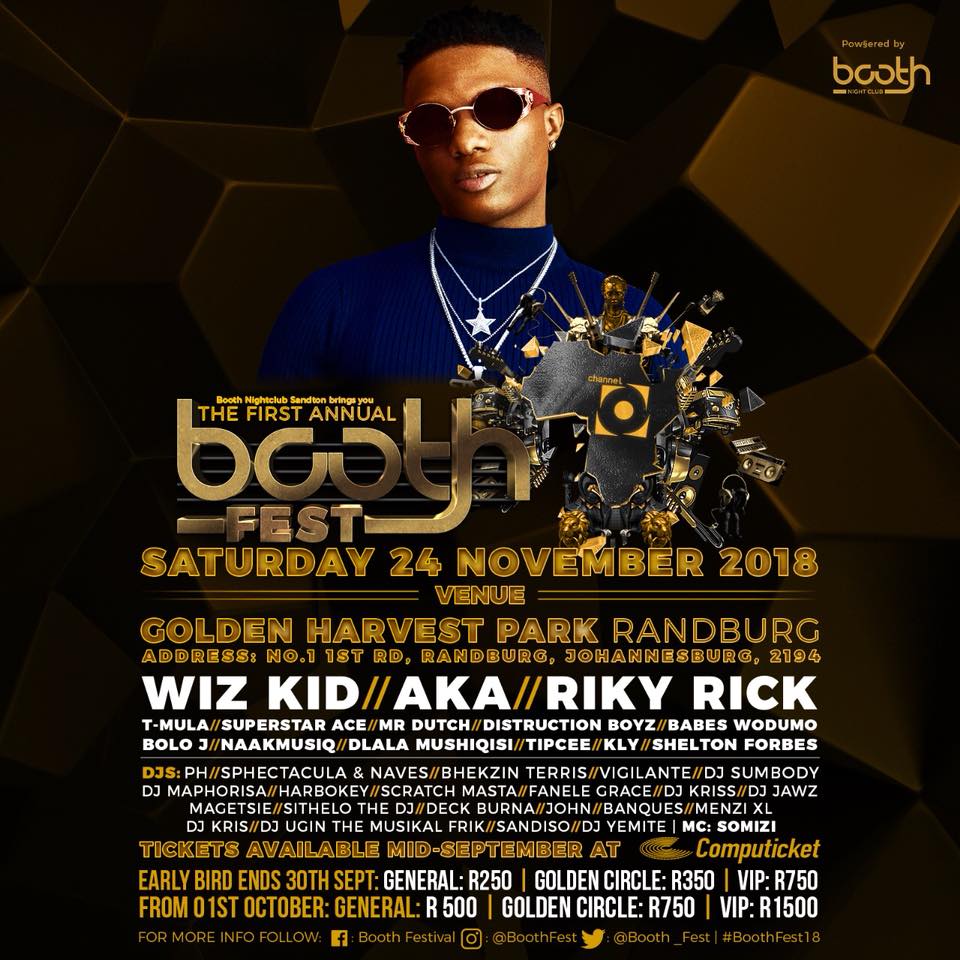 Organisers of the first annual Booth Festival have thrilled fans by announcing a stellar line-up, with the likes of Dladla Mshunqisi, Babes Wodumo and Wizkid, set to perform.

Music lovers around South Africa are gearing up for the first annual Booth Festival, which is set to take place on Saturday, 24 November 2018 at the Golden Harvest Park in Randburg, Johannesburg. Organisers of the event have already revealed a star-studded line-up, with the likes of Distruction Boyz, DJ Maphorisa, Sphectacula and DJ Naves, Dladla Mshunqisi, AKA, DJ Tira and Riky Rick being some of the artists that are set to perform on the day.

Nigerian superstar, Wizkid, will also be making his way to South Africa to headline the event alongside the artists listed above. The ‘Soco’ hitmaker has performed around the world, and collaborated with the likes of Drake and Tinie Tempah, however, he notes that Snoop Lion, formerly Snoop Dogg, was one of his inspirations. Speaking about his love for music in his earlier years, in a December 2017 interview with Something About Magazine, the musician commented:

“It was back in Nigeria and the artist was Snoop Dogg. I remember I had been hearing his music and I was determined to get my hands on the CD and hear every track myself in my own time – and not on the radio. I bought it and I fell in love with music from that point on.”

The event MC will be media personality and Idols SA judge, Somizi Mhlongo, with Mbali Nkosi and Carpo being the VIP hosts.

Tickets for the festival are available for purchase from Computicket, with the event scheduled to run from 12:00 noon until 02:00.