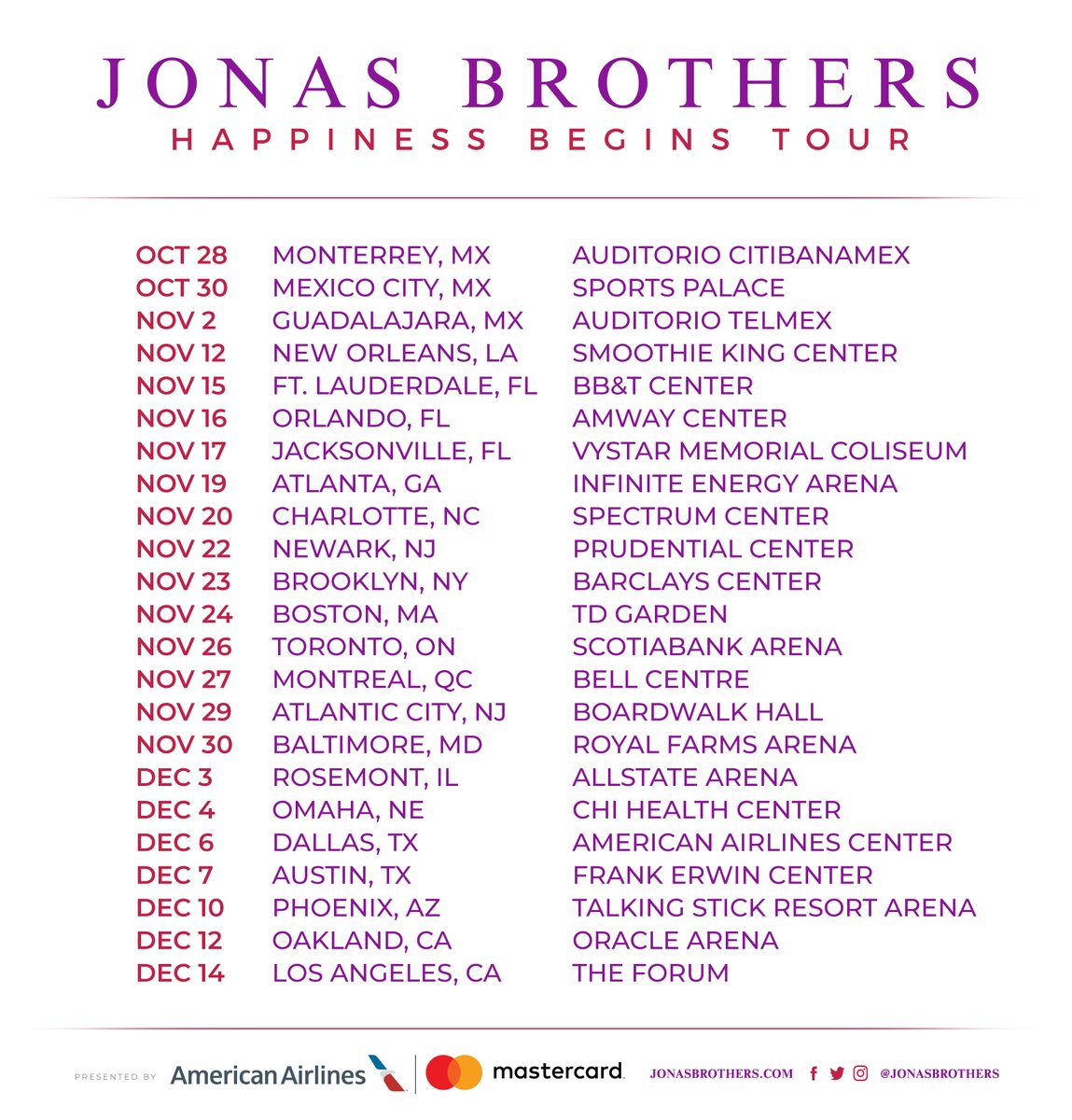 Superstar band The Jonas Brothers have announced an additional 23 shows for the North American leg of their Happiness Begins tour.

The Jonas Brothers made the announcement via a tweet on Saturday, 11 May 2019, that reads, “Here’s the list of shows we’ve added to the Happiness Begins Tour!!! Tickets go on sale next week.” The tweet was accompanied by a promotional poster listing the additional show dates.

The first additional shows take place in Mexico, starting with a show in Monterry at the Auditorio Citibanamex on Monday, 28 October 2019. Following this, the band travels to Mexico City on Wednesday, 30 October 2019 and Guadalajara on Saturday, 2 November 2019.

The band then returns to the US from Tuesday, 12 November 2019 to Sunday, 24 November 2019. During this period, they will perform in New Orleans, Orlando, Atlanta, Brooklyn and Boston. After a brief break, the band then travels to Canada for two shows, the first being in Toronto’s Scotiabank Arena on Tuesday, 26 November 2019, followed by Montreal’s Bell Center on Wednesday, 27 November 2019.

The band will then return to the US, once again, where they have another string of shows from Friday, 29 November 2019 to Thursday, 12 December 2019 in Dallas, Baltimore and Phoenix. They cap off their tour with a final show at The Forum in Los Angeles on Saturday, 14 December 2019.

The Jonas Brothers are embarking on their Happiness’ Begins Tour to promote their upcoming album of the same name, due for release on Friday, 7 June 2019. This album hosts their smash-hit comeback singles Sucker and Cool.

Pre-registration for the Happiness Begins Tour can be done on Ticketmaster.