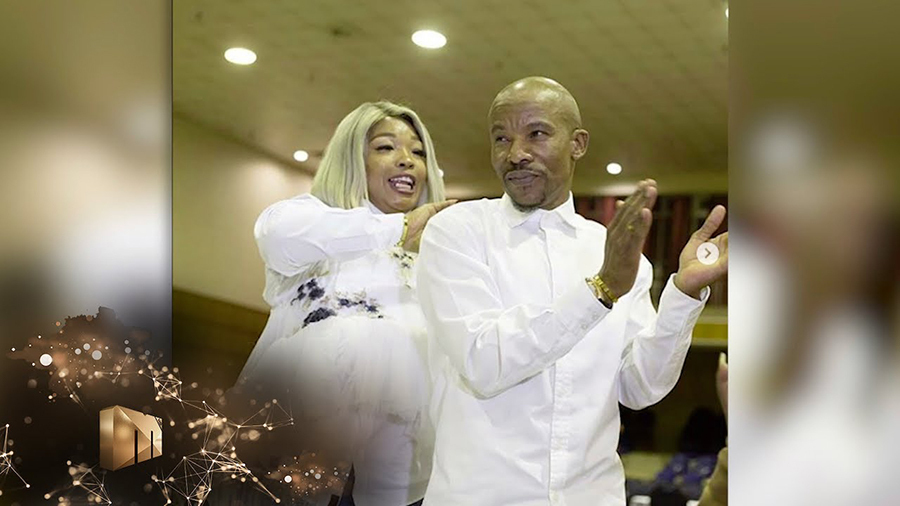 The Lowdown With Thomas Gumede’s Thursday night episode saw the host being joined by Mduduzi Mabaso, who plays the role of Suffocate on eTV’s Rhythm City, and his wife, Fatima.

The Lowdown With Thomas Gumede’s latest episode, which aired on Mzansi Magic on Thursday, 13 August 2020, saw the host being joined virtually by South African actor, Mduduzi Mabaso, who is known for his role as Suffocate on eTV’s Rhythm City. Mduduzi was accompanied by his wife, Fatima, who has also gained prominence on social media for her fashion sense and public display of affection for her husband.

The interview heard Fatima explaining that Mduduzi’s real-life personality is the complete opposite to the dangerous Suffocate. She claimed that he is very soft spoken and calm, adding that he can be a pushover when it comes to her and their children. Mduduzi stated that meeting his wife was the best thing that has ever happened to him, further describing their relationship as easy and effortless.

Watch the preview of the latest episode of The Lowdown With Thomas Gumede below.