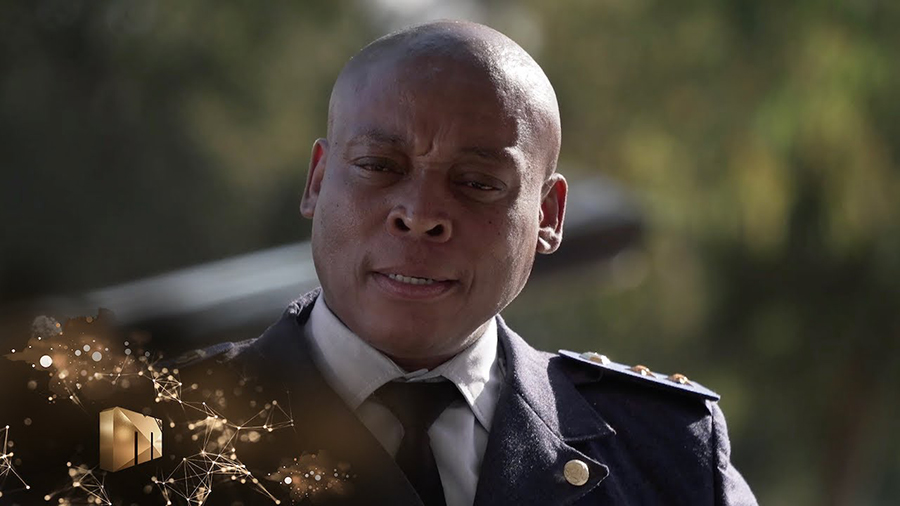 The Queen’s Friday night episode saw the Khozas planning to attend Jerry Maake’s funeral, giving Hector the perfect opportunity to attack them when they least expect it.

The Queen’s latest episode, which aired on Mzansi Magic on Friday, 31 July 2020, saw Jerry’s funeral taking place, with Hector giving a speech on behalf of law enforcement. Whilst paying his respects to the fallen officer, Hector asked his partner, Jaros, to enquire about Harriet’s whereabouts. He revealed that he planned to take her and her family down when they least expect it.

After hacking her phone, it was determined that Harriett would be attending the funeral with no security, allowing for Hector to plant a bomb in her car. The bomb came as a shock to all who attended Jerry’s funeral, with many questioning if Harriet would survive the attack.

The upcoming episode of The Queen will see Harriet having to deal with being under attack once again. With Hector after her, Harriet’s fight to stay alive continues to worsen. Thereafter, Vuyiswa becomes entangled in Hector’s plan, causing her to become frustrated with his unsolicited involvement.