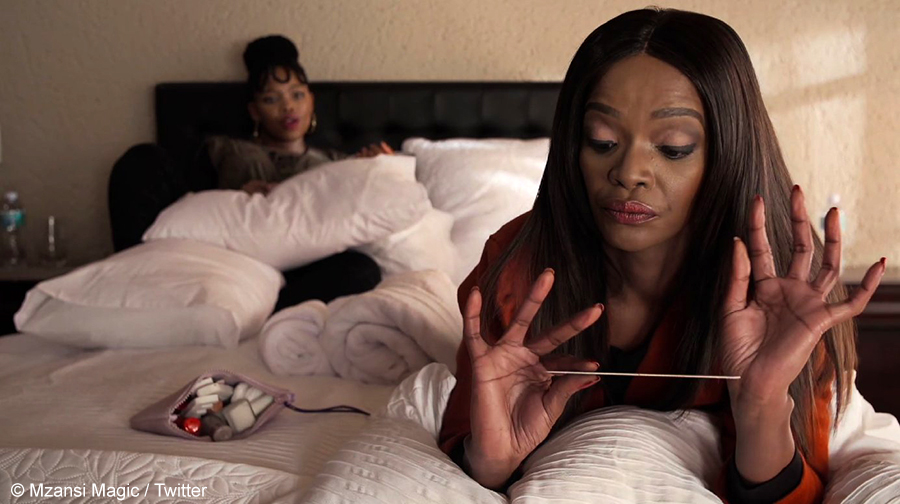 The Queen’s Friday night episode will see Thatho still under the belief that he is successfully dating two women at once, as he is unaware that Warona knows about his infidelity.

The Queen’s upcoming episode, which airs on Mzansi Magic tonight, 3 July 2020, will see Thatho meeting with Schumacher to discuss his exciting love life. He thanks his friend for encouraging him to date both women, as his life is going better than he could have ever imagined. Unbeknown to Thatho, Warona had walked in on him with her mother, but kept quiet due to being in a complete state of shock.

The episode will also see Jerry becoming suspicious about the relationship between Thatho and Mildred, as Thatho becomes clumsy in concealing his affair. Thereafter, Brutus and Harriet rush off to rescue Dingane and Kagiso, but are met with a surprise as Shaka’s plan is set in motion.

Watch the preview of the upcoming episode of The Queen below.

Thato has no idea that Warona saw him and Mildred, he thinks he's THAT guy. 😅 #TheQueenMzansi