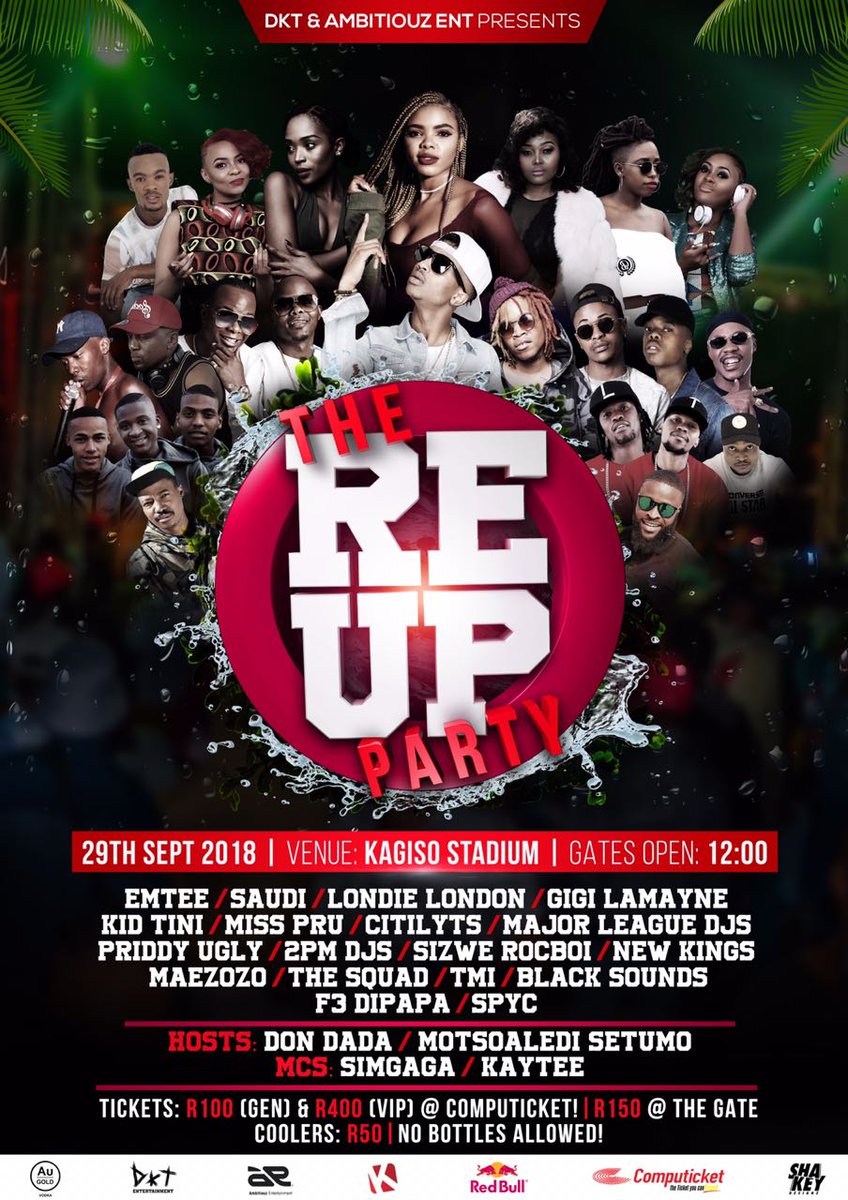 The music festival returns to the Kagiso Stadium this weekend and boasts a line-up which features some of the country’s top acts.

The Re-Up Party will be happening this Saturday, 29 September 2018, at the Kagiso Stadium in Gauteng. The music festival will see industry favourites take to the stage, with the likes of Saudi, Priddy Ugly, Londie London, Miss Pru and Major League DJz being listed on the line-up.

The Major League DJz hosted their very own Major League Gardens recently on Saturday, 15 September 2018, which also saw some of the industry greats take to the stage. The DJ duo has built a name for themselves in the local youth culture and landscape; however, they have plans of reaching audiences around the globe.

The duo admits that being born in the States and then having to relocate to South Africa was a bit of a culture shock for them, as they struggled to fit because they could not speak any native languages.

In an interview on Real Talk with Anele in August 2017, the duo commented:

“We struggled to fit in, not necessarily at school because we went to English schools, but with family things, it was a struggle… As time went by, we got used to it and we started to understand the languages. We are just not comfortable speaking the languages because we get laughed at.”

Tickets for the event are available at Computicket, and from various participating stores. Pre-sold tickets are selling at R100, tickets purchased at the gate will cost R150 and VIP tickets cost R400. The theme for the festival is Spring Wear. Gates open at 12:00.