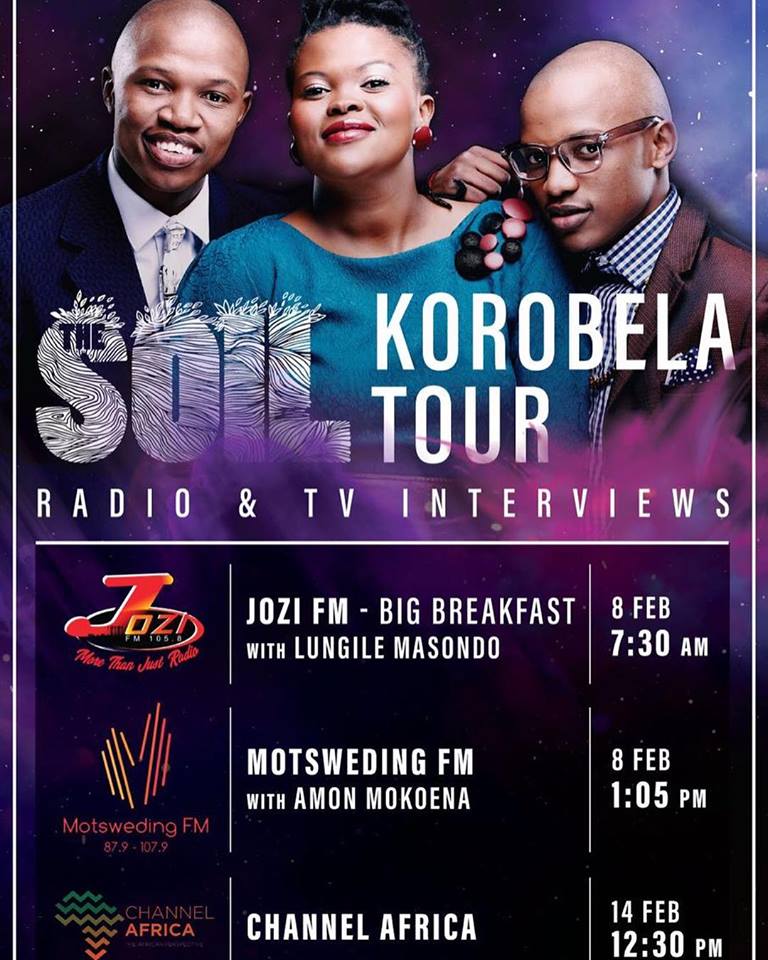 The group will be performing for two nights at the Silverstar casino in Krugersdorp on Friday, 15 February 2019 and Saturday, 16 February 2019.

Kasi-soul acapella group The Soil took to social media on Wednesday, 6 February 2019 to announce that they were going to speak to several media houses ahead of their upcoming Korobela tour.

The group will make a stop at Jozi FM on Friday, 8 February 2019 for an interview with Lungile Masondo during the Big Breakfast show at 7:30am. They will then head off to Motsweding FM to speak with the station’s Amon Mokoena at 1:05pm.

The singers will be joined on tour by fellow musical group Thee Legacy, who are well known for their song Wena Wedwa which was featured in a Simba Chips advert. The Soil kicked off the month of love with a performance at the Kirstenbosch Botanical Gardens in Cape Town on Sunday, 3 February 2019 as part of the Kirstenbosch Summer Sunset Concerts.

In this article:The Soil, The Soil Facebook, The Soil's Korobela Tour