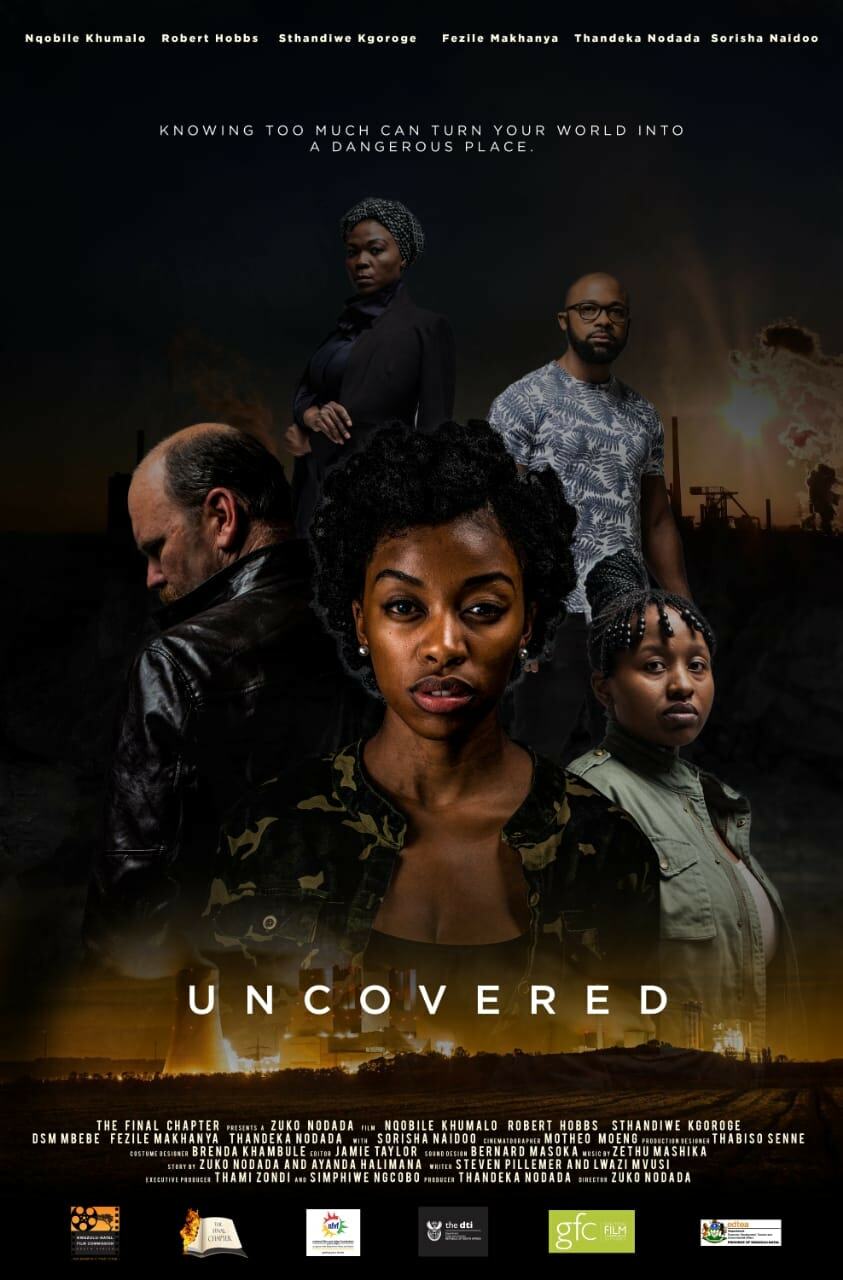 The highly anticipated movie, Uncovered, which premiered on Friday, 30 August 2019, has received critical acclaim for its unique storyline and phenomenal production value.

The long-awaited movie tells the story of a fearless female journalist who finds herself on a mission to expose a corrupted mine magnate. Uncovered delves into a number of the country’s most sensitive subjects such as land and the political culture, breaking boundaries into uncharted territories for a South African production. The film showcases women in a powerful light, as it highlights the courageousness of the lead character and her ambition to become one of the most well-known journalists in the country.

Following its release on Friday, 30 August 2019, viewers shared their praise for the film on social media, commenting on the stellar acting from the cast. Lorato Tshenkeng shared a tweet which stated, “I thoroughly enjoyed the movie Uncovered. Amazing and current storyline. It’s was very thought-provoking with a great cast and brilliant acting. Well done to the producers. Kamva Elihle also commented, “I watched this movie and first of all, I really think it would benefit South Africans to watch it too. It’s so informative and relevant to our current political climate.”

Watch the trailer for Uncovered below.