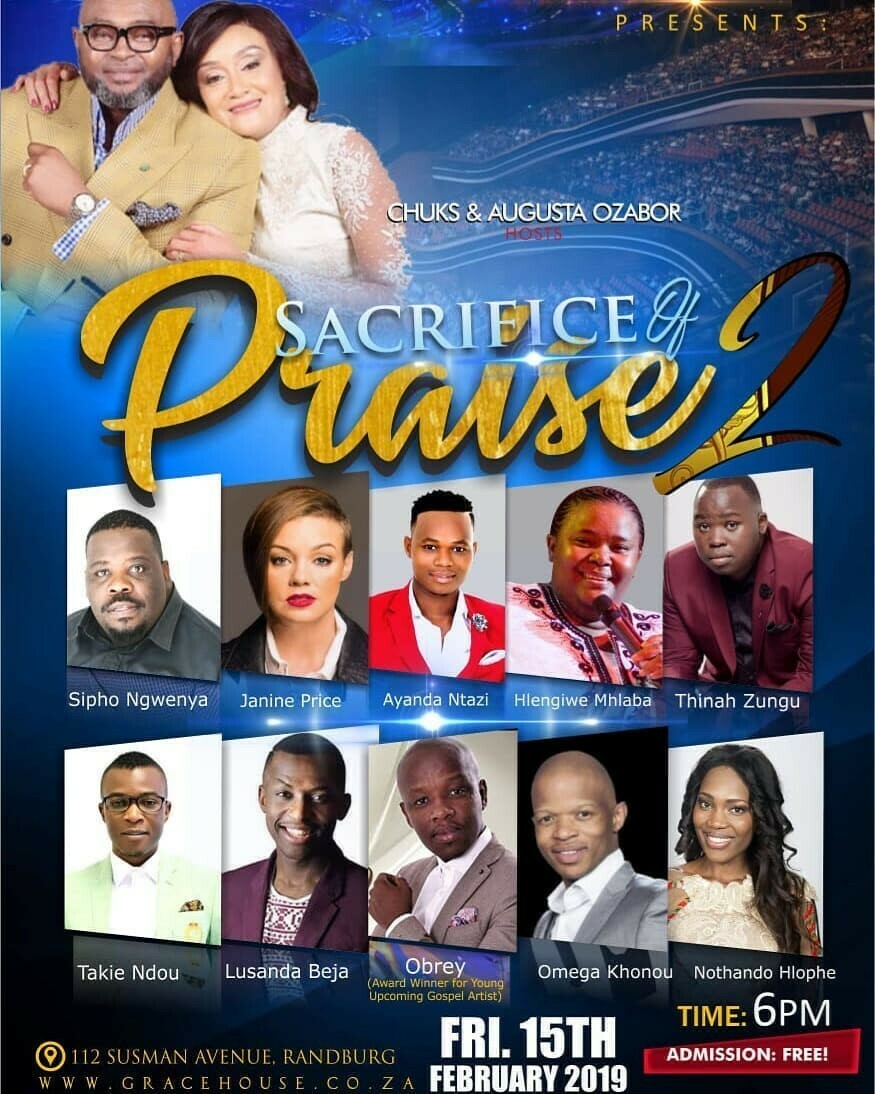 Sacrifice and Praise is an event currently in its second edition and will feature Thinah Zungu as a performer alongside the likes of Sipho Ngwenya and Ayanda Ntazi.

Gospel singer Thinah Zungu announced on social media on Monday, 4 February 2019 that he will be performing at the second Sacrifice and Praise event taking place at the Grace House Family Church in Randburg.

The singer recently released his first live album Live at Soweto Theater in November 2018. The seventeen-track album is supported by the single Umkhuleko and features fellow artists Wanda Phiri and Dumi Mkokstad.

Mkokstad and Zungu have also worked on a fifteen-track joint album called Ebeke Walunga uThixo. The singer’s work has been recognised by the music industry with Zungu receiving the Best Gospel Song and Best Songwriter awards for the song Kwanqab’umusa at the 2012 SABC Crown Gospel Awards. The song comes off the singer’s 2011 album of the same name. The singer has worked with many prominent musicians, including Sipho Makhabane and Bongani Chuma.

The singer sites the late Sfiso Ncwane as his musical inspiration. Zungu has worked with Ncwane, who produced some of his music. The Sacrifice and Praise event will be hosted by Chuks and Augusta Ozabor. Admission is free.