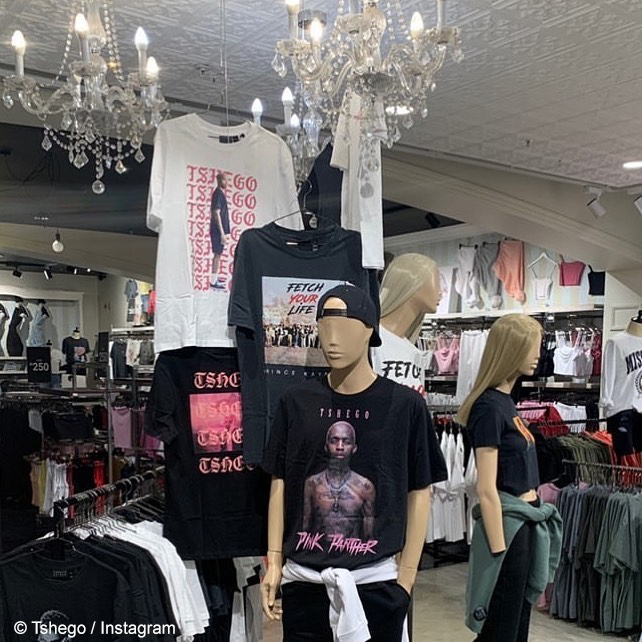 Tshego has been announced as one of the featured musicians in Universal Music’s collaborative clothing collection with the Cotton On Group.

Tshego originally announced the news on Instagram on Thursday, 10 September 2020, where he shared the store display of his new range of T-shirts at Factorie in Rosebank Mall, Johannesburg. Thereafter, on Tuesday, 15 September 2020, the musician announced the collection’s nationwide availability at Factorie and Cotton On stores. The No Ties hitmaker was also seen sporting one of the designs, which showed the cover art of his 2019 album, Pink Panther.

Tshego’s range comprises four different designs, including the Pink Panther graphic. The others show Tshego’s name printed in pink font on a white T-shirt, as well as the musician’s logo shown with him printed on a white background. The woman’s design comes in a slimmer cut, and is made from a stressed black cotton material. The men’s designs are priced at R249, while the women’s are priced at R299.