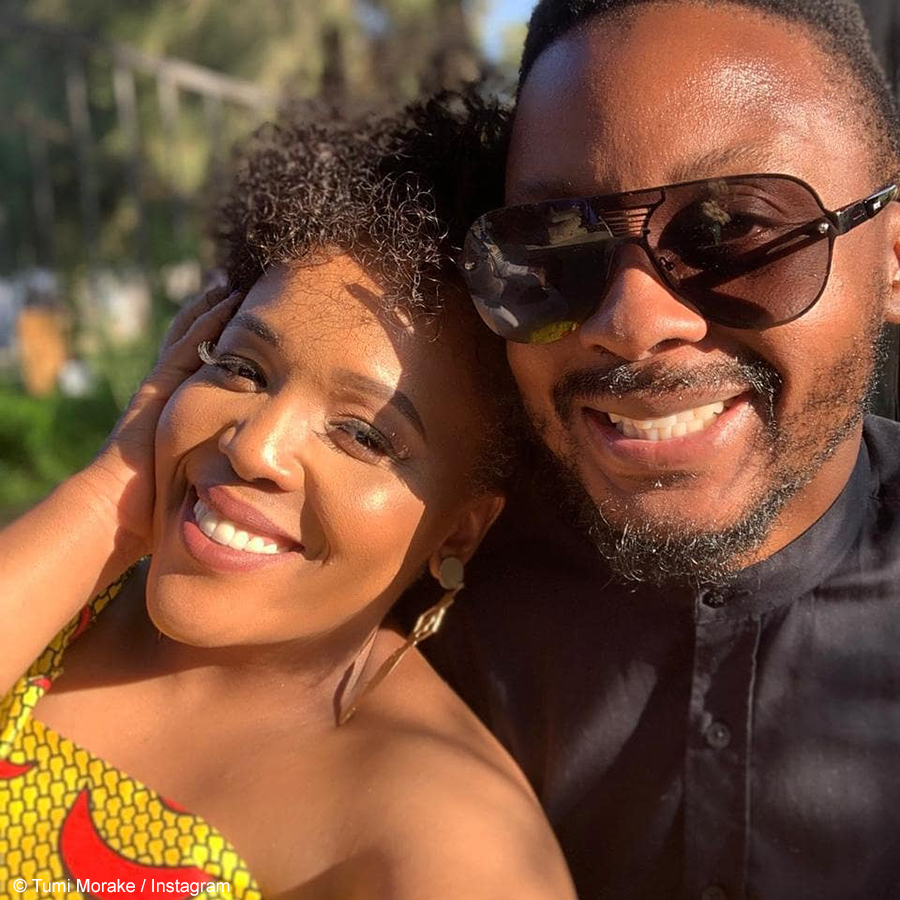 Tumi Morake and her husband, Mpho Osei-Tutu, sat down for an interview on e Extra’s #Hashtags with the show’s hosts, Mapaseka and Sophie Lichaba, to talk about their careers and marriage.

On 12 July 2019, Sophie Lichaba, co-host of #Hashtags, shared a video on her Twitter page of an interview with Tumi Morake and Mpho Osei-Tutu. The couple shared on how they manage to sustain their marriage amidst their busy lives and careers.

Asked about her focus for 2019, Tumi said that she decided to place her focus on her husband and family and the things she loves. For Mpho, that is one of the important things to making their relationship work as a couple. Being synchronised where their work schedule is concerned helps to best manage the time they get to spend as a couple.

Tumi recently launched her book, titled And Then Mama Said…. In the book, she shares details on the earlier days of hers and Mpho’s relationship and that her mother approved of Mpho the first time she was introduced to him. She speaks of Mpho as her pillar of strength and someone who has always supported and motivated her towards the best version of herself and how that’s kept their love and relationship alive.

In keeping a balanced life between family life and her career, Tumi shared that it’s something they already had foundation in from the days when they were dating. Being married did not take away from the fact that they needed time away from each other at times, she said. However, when the two of them had kids, there came a point where they had to strike a balance which they said happened naturally. When Tumi is away for work, Mpho gets to stay with the kids and the same principle applies when Mpho travels for work.